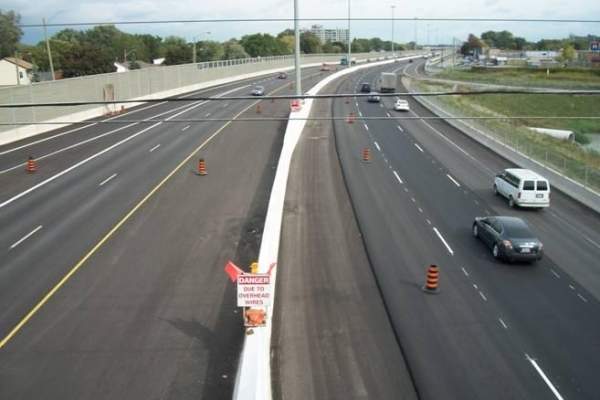 The Queen Elizabeth Way is a major highway located in southwest Ontario, Canada. Image courtesy of the Ministry of Transportation Ontario. 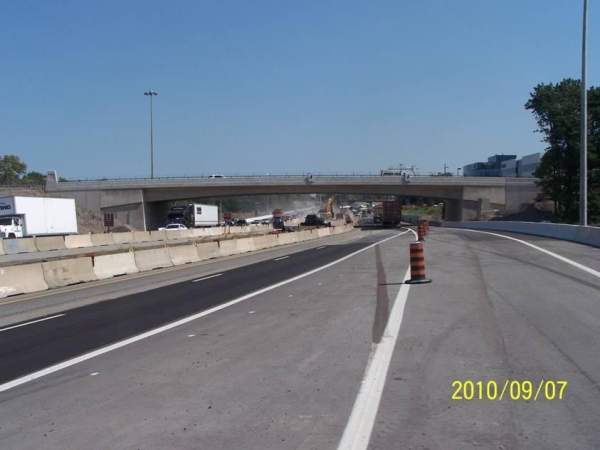 The 9.4km stretch of QEW was extended from Highway 406 to the Garden City Skyway, through St Catharines. Image courtesy of the Ministry of Transportation Ontario. 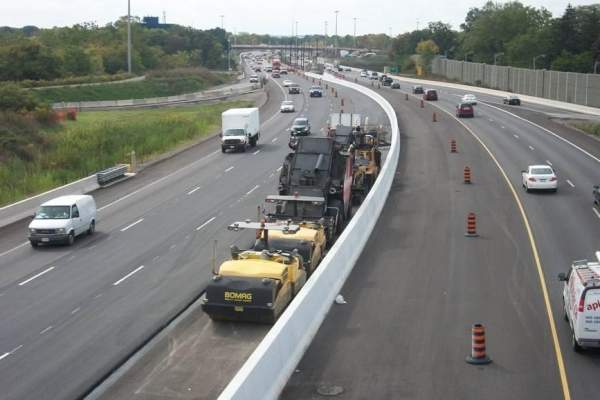 The second phase of the project was initiated in 2007 and completed on 18 August 2011. Image courtesy of the Ministry of Transportation Ontario.

The Queen Elizabeth Way (QEW) is a major highway located in southwest Ontario, Canada. It is the principal transportation link to four international crossings, the Queenston-Lewiston, Rainbow, Whirlpool and Peace Bridges over the Niagara River to New York State. The corridor was opened in June 1939.

The 9.4km stretch of QEW from Highway 406 to the Garden City Skyway, through St. Catharines, was widened under a project jointly financed by the Government of Canada and Ontario Ministry of Transportation (MTO). The widening was completed in 2011.

The highway is owned by Ontario Ministry of Transportation (MTO). Highway Construction Inspection Ontario was the project manager for the widening.

QEW is an important corridor linking the Greater Toronto area to the Niagara region and the US, through St. Catharines. The widening project reduces traffic congestion, improves the safety on the corridor and increases the commercial vehicular traffic to and from the border. The corridor is used by more than 73,000 vehicles a day.

The second phase was initiated in 2007 and completed in August 2011. It included widening of the QEW from two lanes to three in each direction.

Construction and design of the major Canadian highway

The design for the widening was provided by Morrison Hershfield.

In August 2007, Aecon was awarded an $89m contract for carrying out the work between Burloak Drive and third line. It involved installing high occupancy vehicle (HOV) lanes between third line and Burloak, construction of new bridges over Bronte Road, realignment of Bronte Road and re-pavement of three kilometres of the corridor.

In August 2011, Dufferin Construction was awarded a $167m contract for the second phase of QEW widening.

The second phase involved construction of a concrete median barrier and improvements to drainage and storm water management capacity. It also included the demolition and reconstruction of four bridges including a 55m single span signature bridge.

About 5.4km of noise wall and 2.3km of retaining wall were constructed. The phase also included installation of lighting and paved shoulders, landscaping and reconfiguring ramps at four interchanges.

Bridge demolitions and rehabilitation works were carried out on weekends and during night times to avoid traffic disruptions on the road.

Construction of storm sewage, installation of concrete deck pours and erection of pre-cast girders were also carried out during non-traffic hours.

Bridge construction and financing the project

The bridge works were undertaken by Bot Construction Group. The third line interchange at Oakville, which was constructed in the 1990s, was replaced by new underpass bridge and ramp acceleration lanes.

"QEW is an important corridor linking the Greater Toronto area to the Niagara region and the US."

The bridge was constructed in two spans totalling 80m. It has 18 box girders, three for each lane.

The bridge construction involved using about 610t of steel. A GMK 5175 crane with 174t lift capacity and an AC 1200 Demag Crane with 500t lift capacity were used for lifting and installing the girders. The structural steel was fabricated by Structal Inc.