Beijing is developing an Intelligent Transportation Systems (ITS) as part of its preparations for the 2008 Olympics. 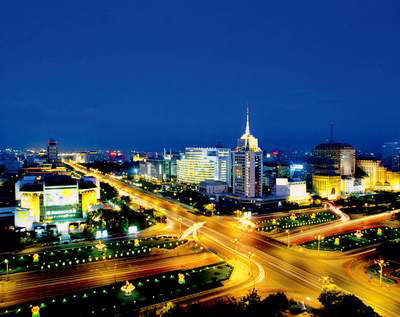 Beijing has nearly 2 million cars, over 11 million non-motorized vehicles, and a vast number of transit vehicles running on its road each day.

As part of China’s preparations to host the 2008 Olympics, an Intelligent Transportation Systems (ITS) is being developed to cope with the traffic during the event. Beijing, the Olympics host city, is a metropolis spread over 16,800km² with 11 million inhabitants.

The project – Beijing Real-Time Traffic Information Collection, Processing, Analysis and Distribution System – Phase I – is intended to collect, process, analyze, display, and store real-time traffic status information from various independent systems in and around the city. The information will be used to control and streamline the traffic.

CS&S Delineate is implementing the first phase of the project. The company has deployed IONA real-time traffic management system to implement the ITS.

It is estimated that there will be about 18,000 buses and 650 bus lanes carrying 4.5 billion passengers each year by 2008. Beijing administration is developing the ITS to efficiently manage the planned road infrastructure and increase in traffic volume, as well as the traffic generated during the Olympics.

The number of cars in Beijing is now close to two million with around three million drivers. Additionally, there are over 11 million non-motorized vehicles, and a vast number of transit vehicles running in Beijing.

The Ministry of Transportation, Science & Technology, Communication, Central Government of China, the Beijing Traffic Management Bureau (BTMB) and Beijing Olympics Organizing Committee are the joint sponsors of the project. The government has allocated CNY3 billion ($157 million) and the private sector CNY8 billion ($217 million) for the ITS project.

BTMB, a Chinese government agency that manages and controls traffic in Beijing, has developed an overall project implementation plan based on future traffic estimates, with special emphasis on traffic needs of the 2008 Olympic Games.

Beijing’s chessboard-like road network is an integration of highways, which are composed of ring roads, arterial roads, minor roads and sideways.

Phase I of the project is to accumulate traffic data from around the city. The system collects, processes, analyzes, displays and stores real-time traffic status information from a variety of independent systems. This is sent to a number of different end-users within the BTMB.

Another function of the first phase of the project is to create a basic framework upon which additional systems can be integrated as the BTMB continues to build its full ITS in advance of the 2008 Beijing Summer Olympics.

The Dublin-headquartered IONA Technologies is the contractor for the implementation and design of the ITS project. The ITS has been built using IONA’s Orbix 2000. The IONA platform provides the CORBA-compliant functionality required for transparent, system-wide data transport and integration between the various sub-systems within the BTMB.

The framework will be expanded in several phases up to 2008. The next phase is to bring all real-time and near real-time systems online, which will integrate data from several static data sources. Finally, the traffic control systems will be integrated which will give the BTMB real-time tools to manage traffic in Beijing on permanent basis.

As Orbix becomes operational, controlling the information flow, the BTMB is able to reorganize traffic control, modify police deployments and direct traffic police more accurately. The first phase has also enabled the establishment of a robust, common integration platform and traffic control strategy. The framework provided by Orbix allows the BTMB to plan a wide range of high-level functionality as it progresses through the next phases of the project up to the 2008 Olympics.

IONA’s Orbix platform handles distributed applications effectively. It includes the scalability of CORBA and the productivity of J2EE. It can support all the major component architectures and web services. Orbix was chosen because of its ability to enhance the existing operating platforms, programming language expertise and legacy applications.

IONA’s Orbix has matched the ITS framework. Orbix runs in the background and will be a major part of the next phase of the project when the information is made available over the web.

The Real-Time Traffic Information Collection, Processing, Analysis and Distribution System runs on a Sun Microsystems 3800 enterprise server with a matching database server running Oracle 8.1.7. It stores over 100MB of processed data each day. The primary application is Orbix 2000, with bridges built by CS&S Delineate for .COM and J2EE. It is a unique project in China, and one of very few worldwide.

Once the complete project is in place, the city will not only be able to host the Olympic games but also will have one of the most advanced traffic management systems in the world. The ITS will enable Beijing to plan traffic management efficiently with scalability features for future requirements.