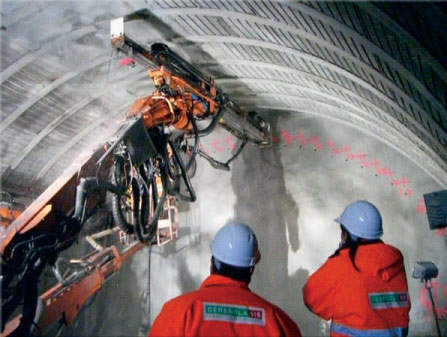 Robit forepoling of steel piles drilled into the soft ground. 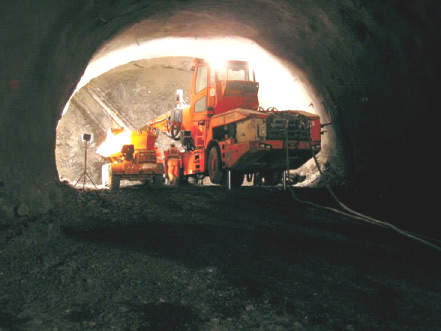 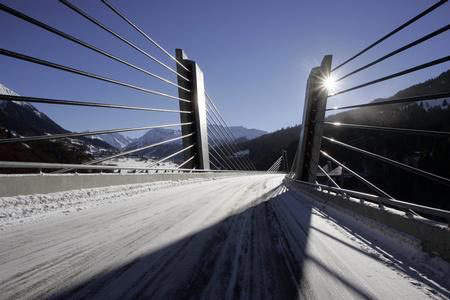 Part of the escape system of the tunnel. 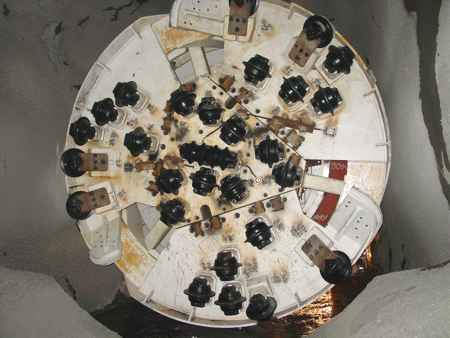 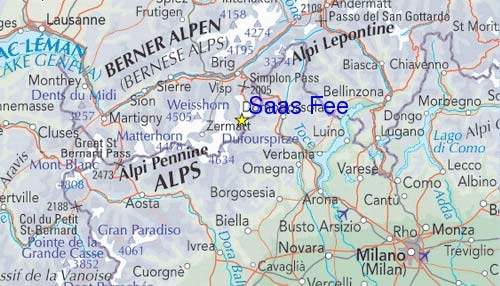 Map showing the location of Saas.

The Saaser tunnel is part of the development of national route 28 (A28) at present under construction in Prättigau, Switzerland. The valley of Klosters and Davos provide a crucial passage in the Canton of Grisons in the East of Switzerland. However, besides regular commuters, the traffic load during the winter season increases to beyond the acceptable level in the area, especially in historic towns with narrow roads.

In order to reduce the load and eliminate the traffic problem on road A28 from Landquart to Davos, major investments have been made in bypassing Klosters with the Gotschna tunnel, which was opened in 2006. The same is now being done for Küblis and also for Saas. The Saaser tunnel, which was started in 2002, is expected to be completed and usable by November 2011.

The bidirectional Saaser tunnel will form the principal project of the A28 (Saas by-pass) after the Gotschna tunnel bypassing Klosters which is the second longest tunnel of the entire development project. The tunnel begins at the portal Saas west (open cut 130m section) and rises from there with a 2.6% gradient over 2.577km to the tunnel portal in the Waldhof portal (15m cut) in the east.

“The Saas tunnel, which was started in 2002, is expected to be completed and usable by November 2011.”

The smallest radius is 600m. The transversal slope is 6.5% in the curves and 3% in the straight lines. Its cross-section ranges from 83 to 90 square metres, according to the primary support. A 2.320km-long 17m² rescue tunnel is built at 30m parallel to the main tunnel and the two bores will be cross-connected by eight passages every 300m approximately.

Three lay-bys will be spread out through the main tunnel. LED indicators along the pavements and on the middle line will indicate the roadway to increase security. Emergency call niches and fire extinguishers will be placed every 150m.

The ventilation system will supply fresh air via a ventilation duct and remove smoke via a parallel duct above the concrete ceiling. Moreover, the tunnel will be monitored by video cameras and have mobile phone reception. Sensors will permanently measure the wind in the tunnel, visibility and CO2.

Following the 130m long cut of the west portal there is a 35m long section in loose rock. Then there follows a 2.02km long section in rock. The tunnel is lined and has been formed using a tunnel boring machine with a diameter of 4.25m.

The owner and administrator of the tunnel will be the Canton of Grisons. The project designers are Pöyry and Amberg Engineering. Toscano is the project manager. ATUS (ATUS Arbeitsgemeinschaft Tunnel Umfahrung Saas), a joint venture consisting of Walo Bertschinger, CSC, Rothpletz, Lienhardt + Cie, and Gebr. Vetsch, was awarded a CHF130m contract for the tunnel construction.

About 80% of the length (approximately 2,000m) is shale with incrustations of calcite and very thin layers of the so-called kakirite, cataclastic fault rocks. The remaining 20% (approx. 500m) is soft ground with erratic boulders of 1 to 10 cubic metres.

The main tunnel was bored in rock from the west by drilling and blasting in a top heading and bench sequence, using liquid explosives supplied by Explotec. A Tamrock three-boom Axera T11 drill rig has been used.

After blasting and mucking-out, the spall is eliminated by an Eickhoff ET 30 rotary head mounted on a Liebherr 932 excavator. To date, there is still 50% to bore. The tunnel support is made of a first layer of shotcrete (7cm, CEM I 42.5 cement) reinforced with Bekaert ZP 35-65 steel fibres (35kg/cu m) sprayed by a Meyco Potenza shotcreting pump, 4m-long Belloli steel anchors with chemical cartridges, welded mesh (K188) and a second layer of shotcrete of 15cm.

The emergency tunnel has been excavated through rock by a 4.5m-diameter Jarva MK12 TBM. The machine completed its work in November 2006. Support is identical to that of the main tunnel. The mucking-out system was supplied by Rowa Tunnelling Logistics.

The ground conditions encountered at the Saas tunnel by crews have made it a very challenging drilling case in the soft ground. The soft ground (500m) requires the drilling of pipe roof umbrellas due to difficult geological conditions.

The descending excavation from the east is performed under umbrellas of steel pipes on a total length of 500m, starting from the newly built Hexentobel bridge. The pipe roof umbrellas are drilled using a casing system supplied by Robit Rocktools. The ground conditions consist of an alternation of hard weathered rock and soft ground.

“This is the first installation in Switzerland of a dynamic online monitoring system based on the internet as data communication media.”

Most of the tools available for forepoling applications cannot be used in this type of condition due to the high drilling requirement. While most of the forepoling products available are made to be used in relatively soft ground, the robust Robit casing system, also called RoX, was designed to be used from the softest conditions to the toughest rock. The ATUS JV chose Robit among several suppliers for the supply of the casing system to drill all of the pipe roof umbrellas.

The roof reinforcement consists of 30 arches of 30 piles. Each pile will be a 14m-long casing, with pipes of a diameter of 114.3mm and a thickness of 6.3mm.

The equipment to drill the pipe roofs is a Tamrock Axera T08 two-boom jumbo and Sandvik rods. The ATUS JV has contracted Ceresola TLS to supply the tubes produced by Mec Edil of Italy, for whom they are distributor for the project.

Due to the geological conditions the tunnel is excavated using blasting technology. Since blasting induces vibrations that could lead to damage to buildings located above the tunnel, the project owner, the Canton of Grisons, decided to install a dense monitoring system for the control of seven buildings.

The system is designed to provide the means to understand, avoid and determine early potential risks associated with the high vibration impact on specific structures due to blasting within the overall project.

GeoSIG was selected to install and operate the dynamic monitoring system supervising the blasting work performed during the construction of the Saas tunnel. The monitoring system utilises a VE-33 velocity sensor installed at the basement of every building to be monitored.

All the seven sensors are connected through a cable to a CR-5 central monitoring system. This is the first installation in Switzerland of a dynamic online monitoring system based on the internet as data communication media.