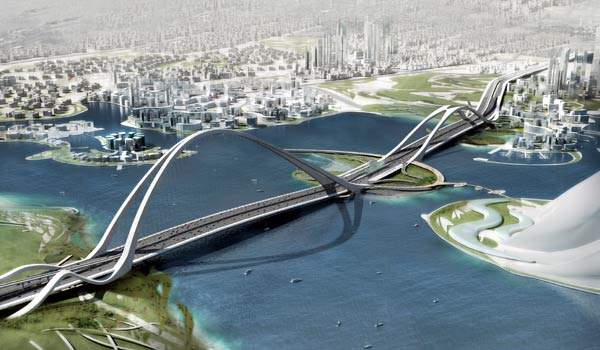 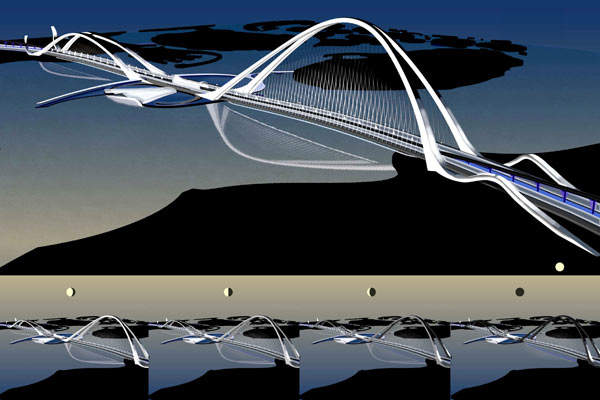 The bridge will have a capacity for 20,000 vehicles an hour. 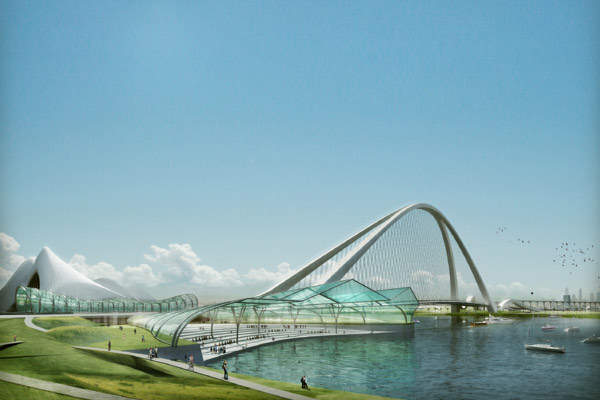 Construction is expected to be completed in 2015.

Sheikh Rashid Bin Saeed Crossing is a 1.6km arch-type bridge that will be constructed in Dubai. The project includes the construction of roads and intersections, 12 passenger lanes and a dual rail track for the Dubai Metro’s Green Line.

The bridge will link Business Bay Crossing and Al Jaddaf at Bur Dubai, with the road separating Dubai Festival City and The Lagoons. The bridge also provides entry and exit points for Creek Island, which will house an opera building.

The bridge will be constructed and maintained by the Roads and Transport Authority of Dubai. The contractors are yet to be chosen because the project has been kept on hold in light of the global financial downturn. Construction is expected to be completed in 2015.

“Sheikh Rashid Bin Saeed Crossing is a 1.6km arch-type bridge that will be constructed in Dubai.”

The project is divided into six phases. The construction of the bridge will be completed in the first phase. The bridge will have a capacity for 20,000 vehicles and 23,000 passengers an hour along with the metro rail.

US architectural planning and design firm FxFowle designed the bridge. The design is a simple arch, 667m long and 190m high, making it the largest spanning arch bridge in the world.

The crossing includes 12 lines (six in each direction), two lanes for the Dubai Metro Rail as well as a sustainable transportation station and walkways for pedestrians.

There are a few projects which are going to be executed in the future including The Dubai Opera House, a ferry terminal and an amphitheatre. These are designed to be located at the centre of the bridge.

Roads and Transport Authority, Dubai, is handling the project. The project was announced in January 2008 and its design was approved in July 2008.

Construction is expected to be complete in 2015.

The total cost of this project is estimated at approximately $817m (AED 3.0b). The UAE Government is financing the project while it is being maintained by the Dubai RTA.

“Construction is expected to be completed in 2015.”

The invitation to bid for the construction contract of the first phase was supposed to be have been issued in the first quarter of 2009. As of September 2009, the project is on hold and no one has yet been awarded the contract.

FxFowle Architects is the architectural consultant and Parsons International is the project’s engineering consultant.