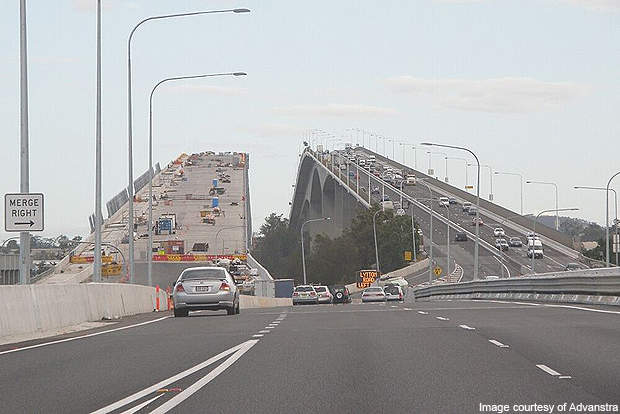 The twin bridge under construction. 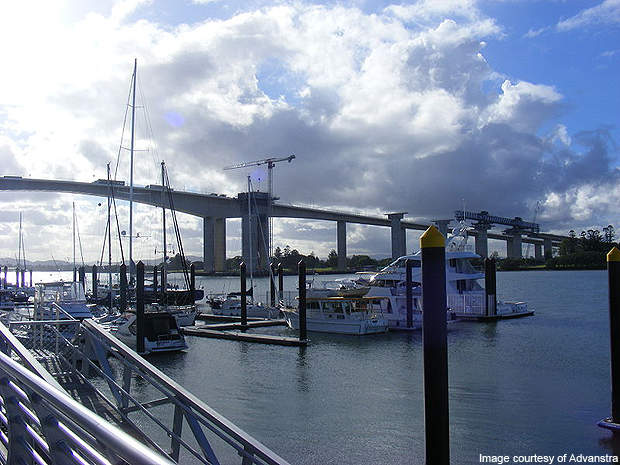 The Sir Leo Hielscher Bridges are a pair of bridges located on the Gateway Motorway in Brisbane, Australia. They are operated and maintained by Queensland Motorways, which is owned by the Queensland Government.

The project involved the refurbishment of the existing Gateway Bridge and the construction of a new bridge, which was completed in May 2010. The bridges are named after Sir Leo Hielscher, chairman of the Queensland Treasury Corporation.

“The bridges are named after Sir Leo Hielscher, chairman of the Queensland Treasury Corporation.”

The upgrade involved widening 16km of road from four to six lanes towards the south. This stretch was opened in August 2010. Six lanes were constructed in the north between the Gateway Bridge and Nudgee Road. A 7km Gateway Motorway deviation, which provides a second means of access to the Brisbane Airport, is due to be built.

In 1978, the Queensland Government called for tenders for the construction of a bridge across the Brisbane River. Construction of the A$140m Gateway Bridge started in June 1980. The bridge was officially commissioned in January 1986.

The bridges are expected to carry 12 lanes of traffic. In early 2010 it was estimated that the single bridge carries approximately 100,000 vehicles a day.

The engineers designed the old Gateway Bridge to resist exposure to a wide range of environmental conditions. The bridge is estimated to have a life of 300 years. As a security measure, 3m-high fencing was attached to the top of the concrete traffic barrier in order to prevent accidents.

“The project involved the refurbishment of the existing Gateway Bridge.”

The old Gateway Bridge is 1,627m long and is divided into three approaches: southern, northern and central.

The new bridge in the north is 64.5m high and stretches 1.63km across the Brisbane River. The bridge features 748 concrete segments, which are supported by 17 piers. The bridge construction required 157,000t of concrete and 11,600t of reinforced steel.

The contractors faced challenges in procuring raw materials to the site. The engineers had difficulty in constructing the bridge below 80m in height but above 55m to meet air traffic and shipping navigation requirements. Long viaducts with tall piers were used to overcome this challenge.