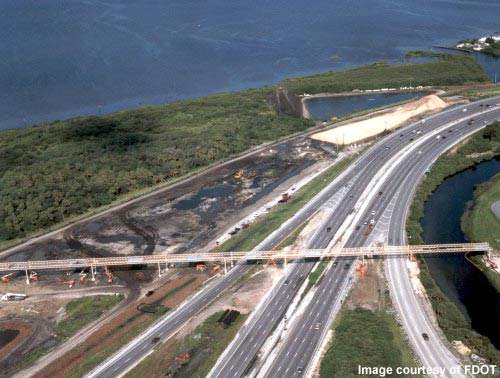 The SR 60 project will ease congestion on the roads around Tampa Airport. 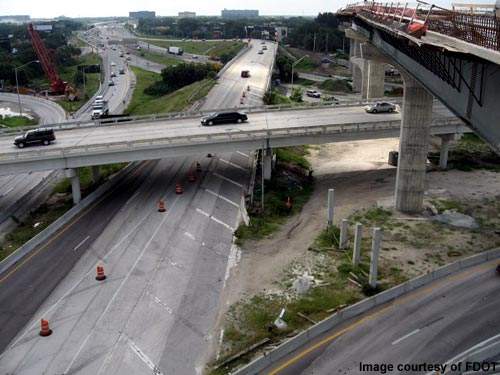 As road closure would cause significant disruption, much of the work is being carried out at night. 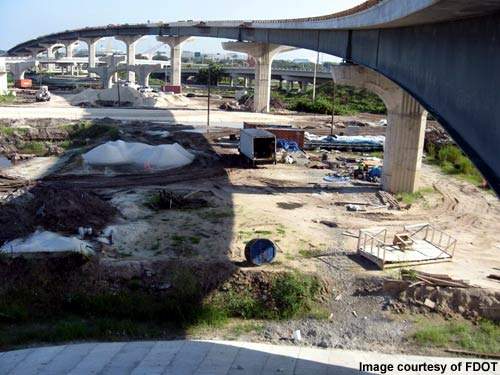 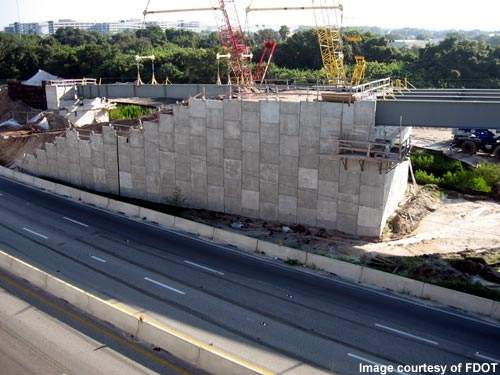 The reconstruction work on the interchange project will include 20 new bridges and the demolition of five old bridges. 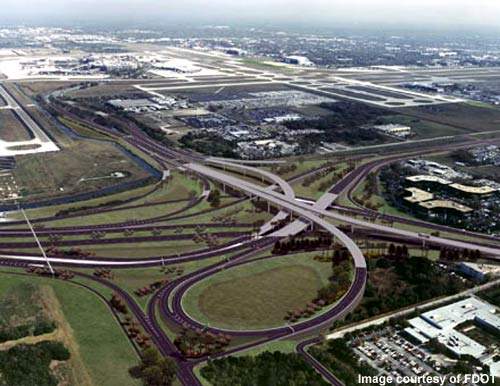 How the scheme will look when it is completed in 2010.

The Tampa Airport interchange project is a road improvement scheme undertaken to reduce congestion and improve access to Tampa International airport (TIA) from State Route 60 (improvement of the road system around the greater Tampa area). The $230m project began in 2003, with the design of the scheme being completed in the fourth quarter of the same year.

The land required for the improvements was acquired throughout 2004 and construction began in August 2005. The construction part of the project accounted for $151m of the budget. The project, undertaken by the Florida Department of Transportation (FDOT), was completed in March 2010.

The land required for the improvements was acquired throughout 2004 and construction began in August 2005. The construction part of the project accounts for $151m of the budget. The project is being undertaken by the Florida Department of Transportation (FDOT) and is expected to be completed by June 2010.

The project involved the improvement of the SR 60 / Memorial Highway, starting at the I-275 and running down to the Courtney Campbell Causeway interchange, which is near Tampa International Airport.

“The overall aim of the project is for the new configuration to separate local and express traffic using collector / distributor roads and also express lanes.”

The three-mile scheme extends one mile west onto the Courtney Campbell causeway (SR 60) and then north to the Veterans Highway.

The road project has eliminated the traffic signals which were part of the Courtney Campbell interchange and also signals at the Hyatt entrance on the causeway at Bayport Drive. The Hyatt benefitted from a new access road based on a two lane frontage road system.

The overall aim of the project was for the new configuration to separate local and express traffic using collector / distributor roads and also express lanes.

There is a dedicated through route for express traffic from the SR 60 to the I 275 and also to the Veterans Highway. This system was designed to reduce the congestion on the interstate ramps in the region and more importantly to improve access to TIA.

“The reconstruction work on the interchanges involved the building of 21 new bridges.”

The project was constructed in 30 different phases to meet FDOT’s deadline, and as the roads could not be easily closed without significant disruption, much of the work in the busy traffic area required extensive traffic maintenance and also work at night. The reconstruction work on the interchanges involved the building of 21 new bridges and also the demolition of five old bridges.

To avoid disrupting air traffic operations, most of the work near the south runway of the airport was undertaken between midnight and 4am. Contractors were also required to maintain vehicular traffic in the high-volume area, which meant no daytime work. Construction at these places was carried out between 8:30pm and 5:30am.

Nearly 21 bridges were constructed to complete the project. Of the total constructed bridges, 18 are of steel girders and remaining are of single-span concrete girder system. The height of the tallest bridge is little more than 60ft.

Construction of the concrete bridges, concrete substructures, piers, caps, decks on the steel bridges and foundation work was carried out by the Flatiron-Tidewater / Skanska joint venture. Other works such as steel-girder erection, steel reinforcement, slip-form barriers, asphalt paving, electrical work, signage and landscaping was done by subcontractors.