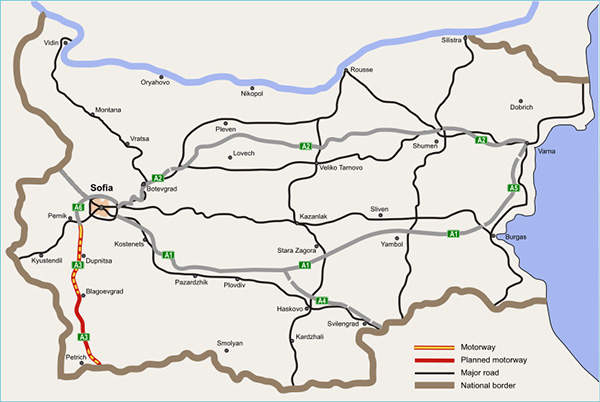 Struma Motorway, which connects the Bulgarian capital with the Greek border, is being built as part of the EU’s TEN-T programme. Image courtesy of Gogo303. 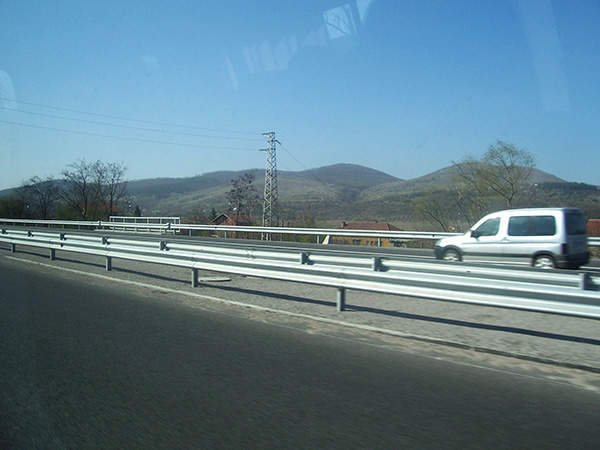 The 173.8km motorway has two lanes in each direction. 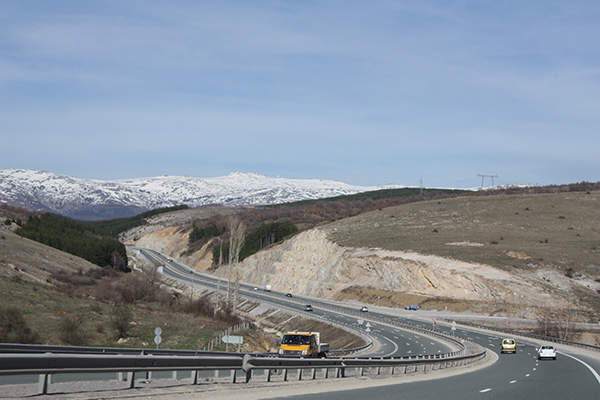 Struma Motorway aims to provide a fast and safe trans-European connection for motorists and carriers. Image courtesy of Apostoloff.

Struma Motorway is a major road infrastructure project located in the Yugozapaden region of South West Bulgaria. Running between capital city Sofia and Kulata at the Bulgaria-Greece border, the total length of the motorway will be 173.8km.

Two sections of the motorway were completed in 2011, the 19km Lyulin stretch that connects the Sofia ring road with the junction of Daskalovo near Pernik and a 22km section between Daskalovo and Dolna Dikanya to the south of Sofia.

“Running between capital city Sofia and Kulata at the Bulgaria-Greece border, the total length of the motorway will be 173.8km.”

The remaining 132.8km of the Struma motorway project has been divided into four sections. Construction of sections 1 and 4 started in 2011 and 2012 respectively. The construction contract for section 2 was awarded in February 2013.

Section 3, which is the most complex section of the project, is currently in a preliminary design phase, with the construction planned for after 2014.

Struma Motorway is being developed as part of the European Union’s (EU) initiative to improve the trans-European network for transport, known as the TEN-T programme. The Struma motorway lies in the Corridor 4 of the TEN T Priority Project 7.

The motorway will provide motorists and carriers with a fast and safe trans-European connection when complete. The motorway will also benefit over half a million local residents by cutting travel times. For examples, the journey time between Sofia and Kulata will be reduced by 40 minutes.

Funding for the Struma Motorway project

The 19km Liulyn Motorway was co-financed under the EU’s Instrument for Structural Policies for Pre-Accession (ISPA) programme and the 22km Daskalovo-Dolna Dikanya section was co-financed with a loan from the European Investment Bank (EIB).

The European Commission approved the finance of €274m ($354m) from its Cohesion Fund for sections 1, 2 and 4 of the Struma Motorway project, in February 2013.

The fourth section of Struma Motorway is 15km long and runs from the Bulgarian town Sandanski to the Greece border at Kulata. The construction of section 4 involves a 3.3km route change of the Sofia-Kulata railway.

“The motorway will provide motorists and carriers with a fast and safe trans-European connection when complete.”

Section 3, which stretches 64km from Blagoevgrad to Sandanski, is the lengthiest and most complex section of the Struma motorway. The section involves the construction of tunnels to bypass the valley of Kresna Gorge, which is an ecologically sensitive area.

Contractors involved with the construction of Struma motorway

A consortium comprised of Bulgaria’s Glavbolgarstroy (GBS Infrastructure), Patstroy 92 and Italy’s Impresa was awarded the construction contract worth €29.9m ($38.6m) for section 1 of the Struma motorway.

A €153m ($198m) contract for constructing the Struma Motorway Section 2 was awarded to the same Bulgarian-Italian consortium, in February 2013. The bids for preliminary design of section 3 of the motorway were invited in November 2012.

Greek company Aktor was awarded a contract worth €28m ($36m) in 2011 to construct the Struma Motorway Section 4. Construction of this section started in April 2012. It is expected to be complete by 2015.