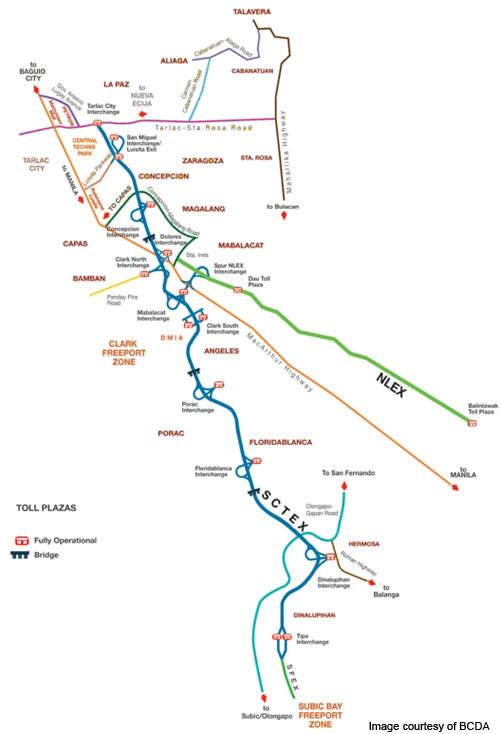 Map of the Subic-Clark-Tarlac Expressway in Philippines. 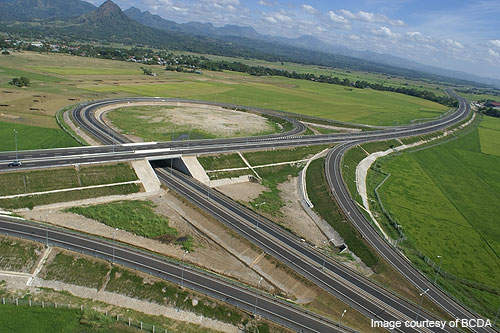 The Dinalupihan Interchange of the expressway. 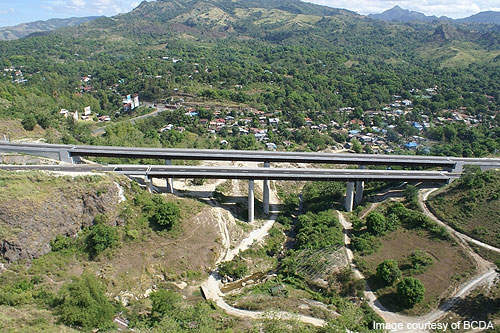 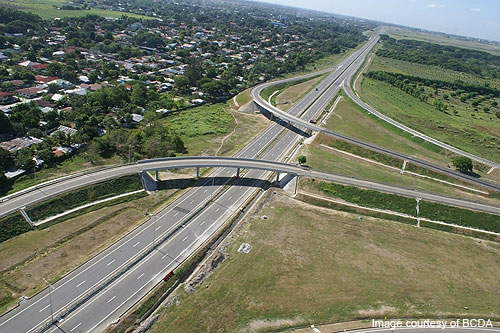 The Clark North Interchange of the expressway.

The Subic-Clark stretch of the expressway. 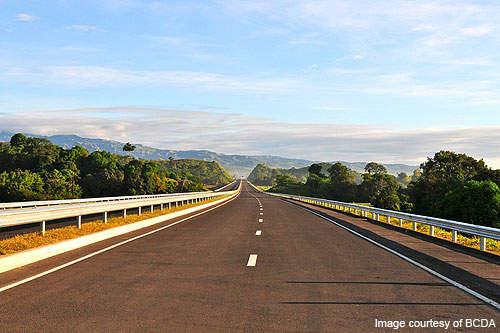 The Clark-Subic stretch of the expressway. 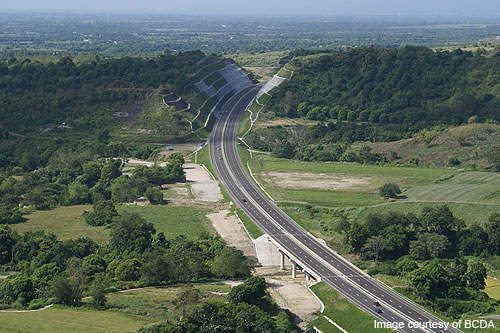 The Jalung Cut of the expressway. 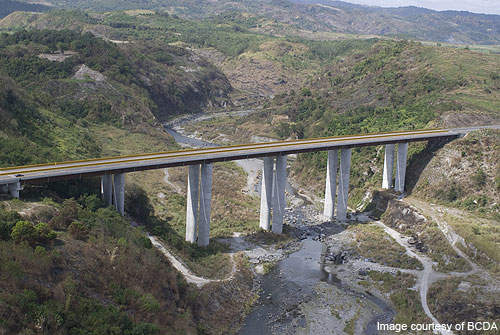 The Subic-Clark-Tarlac Expressway (SCTEX) is a four-lane divided highway in the Central Luzon region of Philippines. Built at a cost of PHP34.1bn, the expressway is the longest in the country.

Construction was started in April 2005 and the 93.77km-long expressway was opened to public in July 2008. Bases Conversion and Development Authority (BCDA), a government organisation, was responsible for executing the project.

In 2010, approximately nine million vehicles used the expressway, generating PHP625.6m in toll revenues. The number of vehicles using the expressway is expected to increase to 10 million in 2011.

The SCTEX was built to boost economic development in the Central Luzon region. The expressway provides the shortest and most efficient connection to various areas in the region including the Subic Bay Special Economic Zone, Freeport Zone in Zambales, the Clark Special Economic Zone in Pampanga and the Luisita Industrial Park in Tarlac.

“The SCTEX was built to boost economic development in the Central Luzon region.”

Construction of the expressway was divided into two packages. Package 1 consisted of the 50.5km Subic-Clark segment covering Dinalupihan, Bataan, Lubao, Floridablanca, Porac and Angeles City in Pampanga. The package also included construction of bridges and flyovers between the Clark Air Base and Luisita, Tarlac. A total of 375ha of land was required for the construction of the segment.

Package 2 included the 43.27km Clark-Tarlac segment, which required a total of 365ha of land.

The project included construction of four major bridges and 30 minor bridges, including the Gumain river bridge, the Pasig-Potrero bridge, the Tipo bridges, Caulaman bridge and the Sacobia-Bamban bridge. In addition, 12 interchanges, 64 underpasses, eight overpasses and 351 drainage culverts were built.

The Japan Bank for International Cooperation (JBIC) covered 79% of the cost of the project through a loan with an interest rate of 0.95% per annum.

The contract for package 1 of the project was awarded to the Kajima-Obayashi-JFE Engineering-Mitsubishi Heavy Industries joint venture.

JFE Engineering subcontracted First Balfour to erect structural steel bridges at Tipo, Porac, Subic, Pampanga and Layac. First Balfour was also involved in the installation of the PC Deck for the Tipo, Caulaman, Layac, Gumain and Porac bridges. The company also carried out concreting works for the bridges.

The contractor for package 2 was the Hazama-Taisei-Nippon Steel joint venture.

“Several safety features have been placed to ensure safe travel within the SCTEX.”

Sta. Clara International Corporation was subcontracted for providing construction services for the project. The company was involved in constructing a base course, eight reinforced concrete deck girder bridges, two underpasses and drainage structures for an 8km section of the project.

In June 2010, Manila North Tollways Corporation (MNTC) won a management contract for the expressway. Under the contract, MNTC will be responsible for operating, managing and maintaining the expressway for 25 years. The contract can be optionally renewed for eight more years.

Several safety features have been placed to ensure safe travel within the SCTEX. Some of them include 24/7 mobile patrol, speed tracking radars and traffic management units.