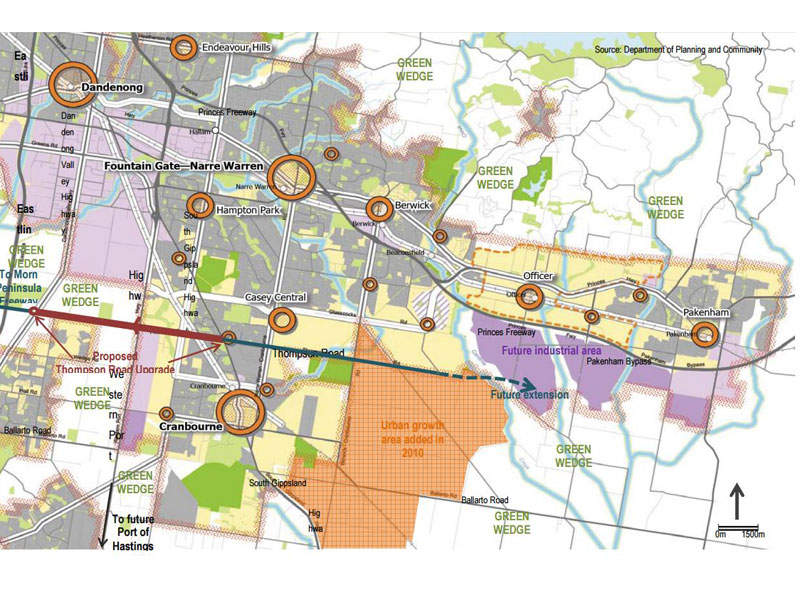 The Thompsons Road Upgrade project will upgrade the road between Dandenong-Frankston road and South Gippsland Highway. Image courtesy of VicRoads. 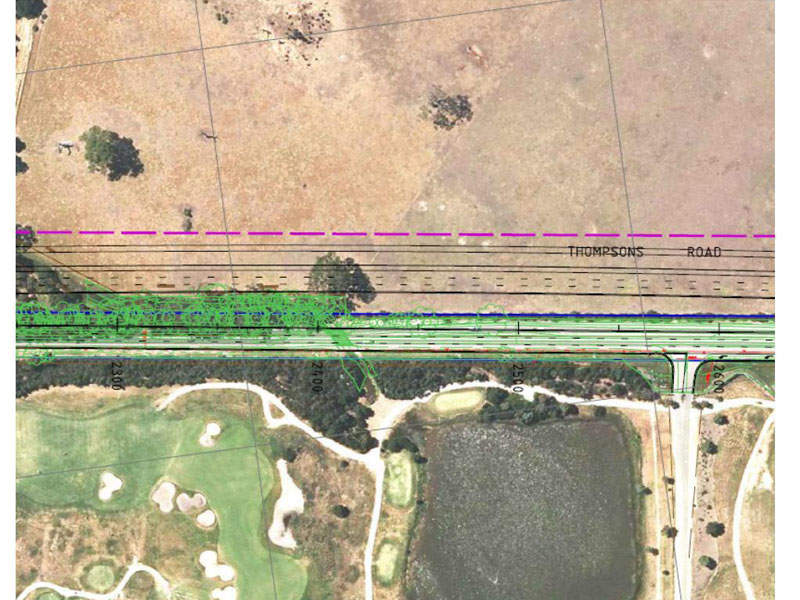 The project involves duplication of the 10.7km road to improve traffic flow. Image courtesy of VicRoads. 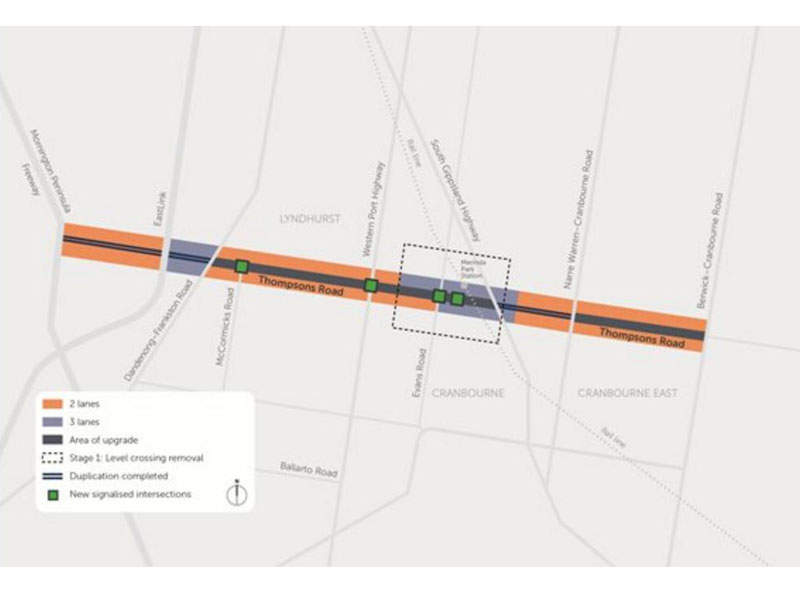 Stage one of the project involved the removal of the level crossing on the Cranbourne railway line. Image courtesy of VicRoads. 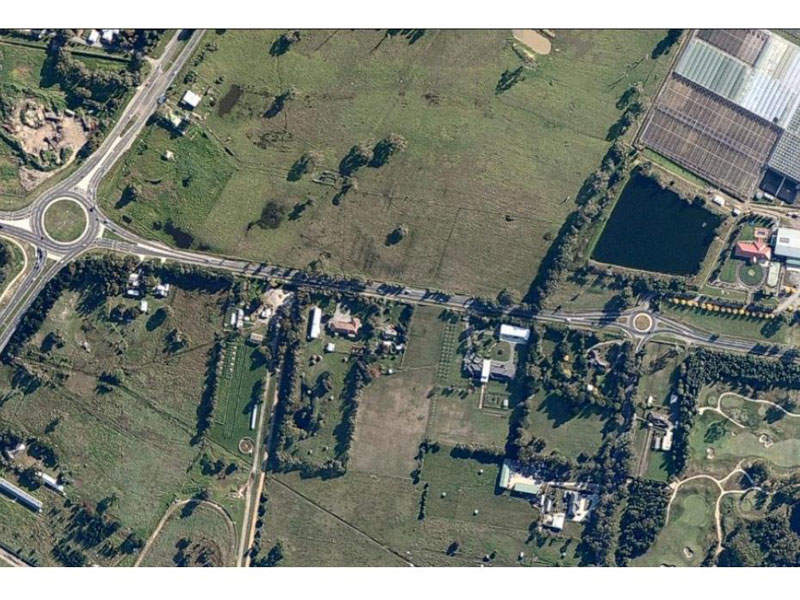 The roundabouts on the Thompsons Road will be replaced with traffic signals. Image courtesy of VicRoads.

The Thompsons Road upgrade is a $175m project in Melbourne, Australia, which includes the removal of a level crossing and an upgrade to the 10.7km road to enhance its capacity and connectivity throughout the region.

Thompsons Road is a major east-west corridor extending from EastLink in Carrum Downs to Berwick-Cranbourne Road in Clyde North. It is an essential freight and transport route used by approximately 26,000 vehicles a day.

By 2030, the corridor is expected to be used by 55,000 vehicles a day. The Roads Corporation of Victoria (VicRoads) is carrying out the upgrade project in two stages.

Construction started in December 2016 and is scheduled to be completed by mid-2019. The project is being entirely funded by the Victorian government.

The project involves the construction of additional lanes along the 10.7km route to improve traffic flow and provide a more accessible and reliable journey for passengers. The existing road between Dandenong-Frankston Road and South Gippsland Highway is also being widened and a grade-separated interchange at the intersections will be constructed.

Duplication works from Dandenong-Frankston Road to McCormicks Road include the addition of a three-lane carriageway in each direction, upgrades to the intersection at McCormicks Road, and construction of a shared path along the north side of the road.

Upgrade works between the Western Port Highway and the South Gippsland Highway include the addition of three lanes in each direction with double right-turn lanes at intersections, enhanced intersections at Lyndhurst Boulevard, Missens Road and Evans Road, and construction of a shared path along the north side of the road.

Stage one of the project upgrades the Thompsons Road from Marriot Boulevard to the South Gippsland Highway, with the addition of three lanes in each direction. New paths and enhanced lighting on the roads have been added to ensure safe travel for pedestrians, cyclists and drivers, as well as improve connection to the Merinda Park train station.

The level crossing on the Cranbourne railway line was removed to overcome groundwater challenges in the region.One of the two three-lane bridges over the Cranbourne train line was opened in June 2018 by removing the level crossing near Merinda Park Station and works are underway for the second bridge. Both these bridges will have a shared path.VicRoads contracted BMD to provide design and construction services for stage one of the upgrade project.

Stage two of the project will add one lane in each direction from Dandenong-Frankston Road to Marriot Boulevard and from Narre Warren-Cranbourne Road to Berwick-Cranbourne Road.

“New paths and enhanced lighting on the roads will be added to provide safe travel for pedestrians, cyclists and drivers.”

It will also include the replacement of roundabouts at Western Port Highway, McCormicks Road and Evans Road with traffic signals, which will reduce the travel time for passengers during peak hours. Shared paths will also be constructed to improve connectivity to community facilities and public transport hubs.

The Dandenong-Frankston Road intersection is set to open with traffic signals in early 2020.

Benefits of upgrading the Thompsons Road

The Thompsons Road upgrade is expected to enhance the development of local businesses and the regional economy. It will also help to reduce congestion and improve traffic flow and safety conditions on the road.

The improved conditions will allow Thompsons Road to be used for bus routes. The project will provide improved access to activity centres, community facilities, employment opportunities, and schools for local residents.