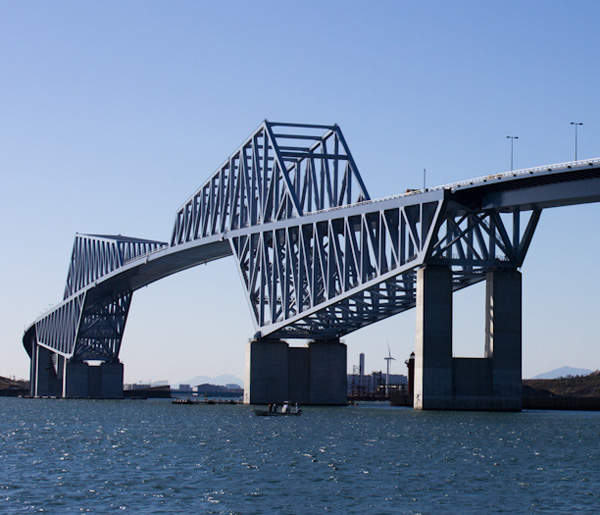 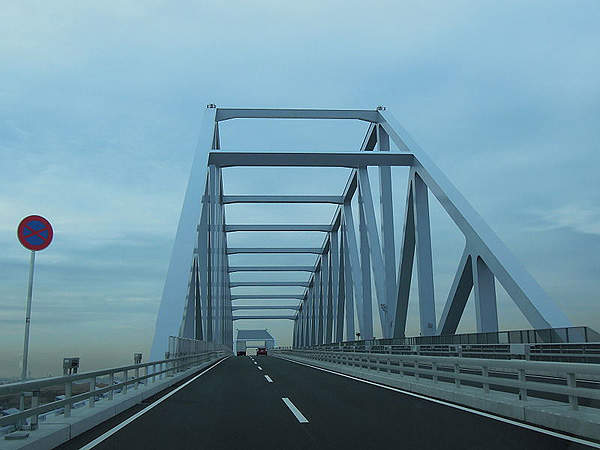 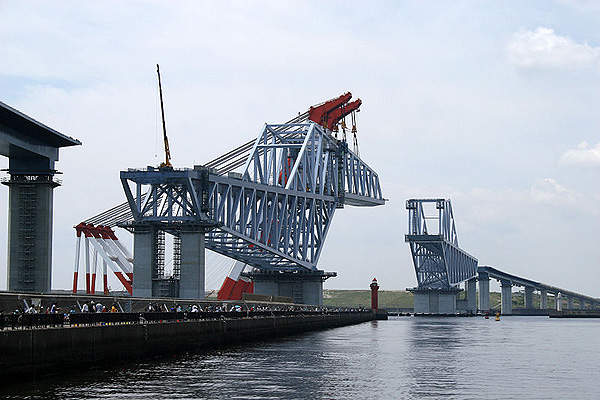 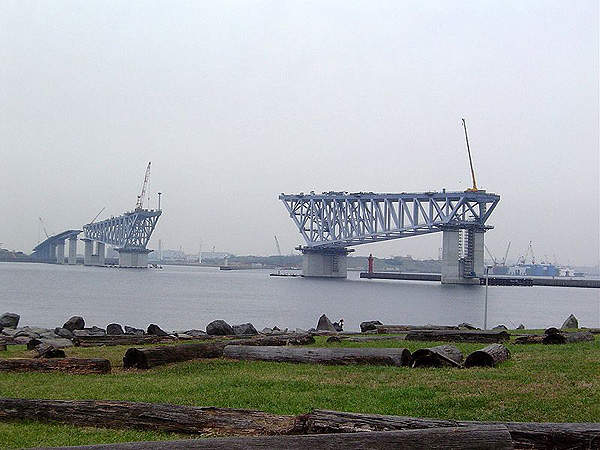 Tokyo Gate Bridge, also called the Dinosaur Bridge (derived from its shape), is a 2.6km-long truss bridge over Tokyo Bay in the capital city of Japan.

The bridge connects manmade island Wakasu with the Jonanjima Seaside Park. Wakasu, located in the Koto ward of Tokyo, is a major industrial area with half of it covered by a golf course. Jonanjima is a seaside park in the Ota ward, one of the 23 municipalities of Tokyo. The bridge was opened in February 2012.

“The Japanese Government is estimated to have spent JPY113bn ($1.5bn) on the construction of the bridge.”

The Tokyo Gate Bridge forms part of the Rinkai Tokyo Port Seaway. It reduces the travel time from the Shin Kiba district in Koto, Tokyo to Wakasu in half, to ten minutes. It also provides an alternative route to truckers transporting cargo to the Aomi and Oi container terminals.

The Japanese Government is estimated to have spent JPY113bn ($1.5bn) on the construction of the bridge. Annual economic benefits worth JPY19bn ($246m) are expected to be reaped.

The Tokyo Gate Bridge is a steel hybrid structure designed to withstand an earthquake. It can handle 32,000 vehicles a day. The bridge is 2,618m long and 87.8m high. The central span of the bridge is 440m long.

The height of the bridge had to be restricted to less than 100m as it is on the way to Haneda airport and aircraft fly low over this area. The bridge, at the same time, had to be high enough to allow for the ships to pass underneath it. These restrictions were considered in choosing the truss model over a cable-stayed or a suspension bridge design. The trusses resemble two dinosaurs facing each other.

Dinosaur Bridge weighs 36,000t. The bridge has four lanes and a 3m wide walkway. The bridge provides a 360-degree view of the sea. LED lighting on the bridge saves energy and the lighting changes colour everyday.

The construction of the bridge was started in 2003 and took a decade to complete. Tokyo-based construction company Kawada Industries took two years to build and erect the trusses.

“The Tokyo Gate Bridge is a steel hybrid structure designed to withstand an earthquake. It can handle 32,000 vehicles a day.”

This is only the fourth time in Japan that three floating cranes have been used simultaneously. One of the three cranes weighed 4,100t while the other two weighed 3,700t each.

Kawada Industries was the general contractor for the project, responsible for manufacture and erection of the four dinosaur shaped girders at the project site.