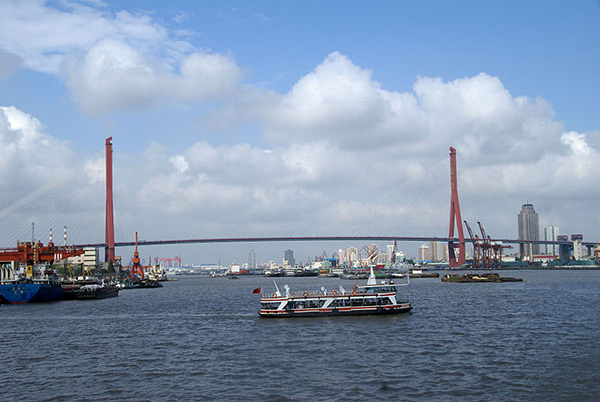 The Yangpu Bridge is located in Yangpu district of Shanghai, China. Image courtesy of Putneymark. 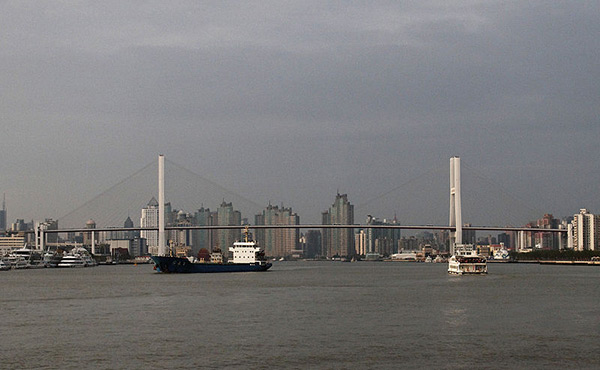 Yangpu Bridge is the sister bridge to Nanpu Bridge, which is 11km away. Image courtesy of Putneymark.

Yangpu Bridge was completed in September 1993 and opened to traffic in October of the same late. The people of China treat it as the sister bridge to Nanpu due to the distance between the two being just 11km.

The unique design of the Yangpu Bridge, one of the leading tourist attractions in Shanghai, symbolises a rainbow across the Huangpu River.

“The unique design of the Yangpu Bridge, one of the leading tourist attractions in Shanghai, symbolises a rainbow across the Huangpu River.”

It is a steel concrete structure with double-towers and double-cable-stayed surfaces. The height of each upside down Y-shaped main tower is 223m, while each tower is joined with 32 pairs of cables on each side. There are a total of 256 cables in all with the longest measuring 330m. The main cross section of cables is made up of 313m-high tensile steel wires.

With a span of 1,650m, Xihoumen Bridge is the longest spanning suspension bridge in China and the second longest in the world, after Japan’s Akashi-Kaikyo Bridge.

Advanced technology was used for the construction of the bridge, which measures 48m in height from the river, both sides of which have 2m sidewalks for sightseeing.

The name of the bridge has been inscribed inside the main tower’s triangle area. It is written by Dengxiaoping, general designer of the reform and opening up policy of China.

Construction of the bridge began on 29 April 1991 and took two years and five months to complete. It was built by Shanghai Huangpujiang Bridge Engineering Construction.

“Construction of the bridge began on 29 April 1991 and took two years and five months to complete.”

The diamond-shaped towers and cable panels make the bridge structure stronger, while safety and reliability measures were verified by full scale model testing. The bridge’s seismic design used a two-level approach; in order to avoid the vulnerability of seismic approach the side piers were supported with steel tie rods between the side piers and deck.