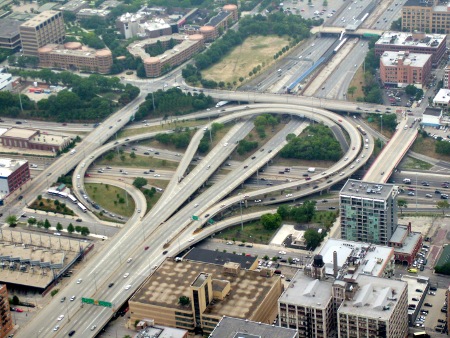 US-based provider of technical and management support services, AECOM Technology, has received a two-year contract from the Illinois Department of Transportation (IDOT) to conduct engineering studies for a road reconstruction project in Chicago.

AECOM and its joint venture partners will study the scope of improvements, potential cost and construction schedule for the planned reconstruction project of Circle Interchange.

AECOM chairman and chief executive officer John M. Dionisio said that the company will share its expertise with the Illinois Department of Transportation and the local community on the important transportation-infrastructure project.

"The proposed project would drive mobility and environmental improvements for Chicago’s residents and visitors," Dionisio added.

The financial details of the new contract have not been divulged.

"The interchange, which is the junction between the Dan Ryan, Eisenhower and Kennedy Expressways, and Congress Parkway, carries more than 300,000 vehicles per day."

The interchange, which is the junction between the Dan Ryan, Eisenhower and Kennedy Expressways, and Congress Parkway, carries more than 300,000 vehicles per day.

In 2010, the US Federal Highway Administration and the American Transportation Research Institute identified Circle Interchange as one of the bottlenecks among highways vital to the country’s freight transportation system.

In August 2012, Illinois announced that it was examining options to give a $375m makeover to Chicago’s Circle Interchange.

Various options are being considered for the project, one of them being building a four-lane interchange. Construction is expected to begin in 2014-15.

AECOM provides support services to a variety of markets, such as transportation, facilities, environmental, energy, water and government.

It recently won a design contract for the final stretch of the Anthony Henday Drive project in Edmonton, Alberta, Canada.

Image: The Circle Interchange in Chicago carries more than 300,000 vehicles a day. Photo: courtesy of Stratosphere.