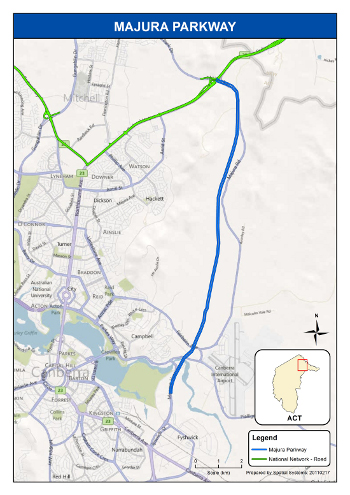 The Australian Capital Territory (ACT) has begun construction on the $288m Majura Parkway project, which will provide a vital continuous freeway link between the Federal Highway and Monaro Highway.

Commencement of the construction works on this project will generate employment to nearly 350 people.

Federal Minister for Infrastructure and Transport Anthony Albanese said that the new road is assessed and recommended by Infrastructure Australia, and is expected to generate long-term economic, social and environmental benefits worth about $1bn.

"All up, Federal Labor has almost doubled annual infrastructure spending from $72 to $114 per resident in the nation’s capital," he said.

"Indeed, the start of construction on the Parkway builds on the $18.5 million duplication for the Monaro Highway we completed last September," Albanese noted.

Jointly funded by the Federal Labor Government and ACT Government each contributing $144m, the project is scheduled to be completed in mid-2016.

The new road will lessen traffic congestion on residential streets in the inner north, while improving access for both local and interstate traffic to industrial areas, such as Fyshwick and to the Canberra Airport zone.

The ACT, which is surrounded by New South Wales, depends on the national freight network to access the goods, and the amount of freight that will be carried on its roads is anticipated to double over the next ten to 15 years.

Once completed, the Majura Parkway is expected to play a key role in improving the main national and regional freight route, and is estimated to carry close to 40,000 vehicles a day, including over 6,000 trucks, by 2030.

Image: The commencement of construction on Majura Parkway project will generate at least 350 new jobs. Photo: courtesy of The Department of Infrastructure and Transport.