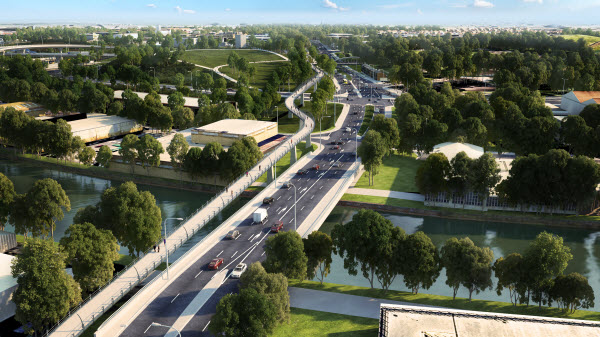 The Australian and New South Wales (NSW) Governments have released the preferred design for the new M5 motorway, which is expected to fix Sydney’s worst motorway traffic bottleneck by more than doubling the capacity on the M5 East corridor.

Featuring 9km of two-lane twin tunnels, the motorway will help motorists driving from south-western Sydney, access suburbs north of the Sydney Airport such as Marrickville, while offering a direct connection to the Alexandria employment hub.

The individuals will continue to use the existing M5 East to access airport and suburbs south and east of the airport such as Brighton Le Sands and Maroubra.

"WestConnex is a key part of our road and public transport solution to ensure we slash travel times for motorists now and in the future."

"We need to keep Sydney moving as our population grows and WestConnex is a key part of our road and public transport solution to ensure we slash travel times for motorists now and in the future.

"WestConnex will generate more than $20bn worth of benefits to the Australian economy, while creating almost 10,000 jobs during the construction phase alone."

The 5.3m-tall twin tunnels will reduce the risk of overheight truck incidents, and will also be flatter in gradient, preventing trucks from struggling up an incline, reducing vehicle emissions.

The Leighton Dragados Samsung joint venture has been selected as the preferred tenderer for the project, which will also have capacity to operate three lanes in the future, motorway to motorway connections to the King Georges Road Interchange Upgrade at Beverly Hills, and a new interchange at St Peters.

According to Payne, the Australian Government has approved a concessional loan of up to $2bn to accelerate the delivery of the new motorway by 18 months.

Subject to planning approval, work on the new M5 is scheduled to start in mid-2016, with the tunnel due to open to traffic in 2019.