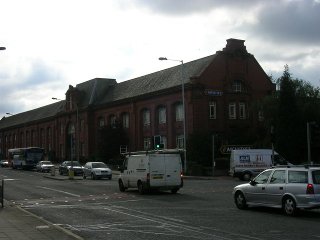 Stockport Council in the UK has invited bids for the construction of a 10km dual carriageway from the A6 to Manchester Airport.

The proposed road is expected to serve as a bypass for traffic congested areas of Bramhall, Cheadle Hulme, Hazel Grove and Handforth.

Stockport Council expects to finalise the contractor by August 2013, start construction work by October 2014 and complete the project by May 2017.

The scope of the contract, which is worth £140m, comprises completion of the detailed design, construction and maintenance of dual carriageway running from the A6 at Hazel Grove to the Ringway Road / Ringway Road West junction, including the current section of the A555.

Consultation on the project is being done in two stages by Stockport Council and its partners Cheshire East and Manchester City councils.

"Stockport Council expects to finalise the contractor by August 2013."

The first phase on junction options was held on 25 January 2013, while the second phase will begin in spring when the three councils will ask opinions on the project before submitting planning application.

There is currently no direct east-west transport connection through south-east Greater Manchester, which is leading to heavy traffic congestion on small and major roads.

The congestion has created constraints to the local economy, impacting the air and noise quality in local areas and lessening access to important destinations.

The proposed road would help people and goods to move directly and easily, and assist in the potential growth of Manchester Airport and Airport City, as well as areas of Stockport, Manchester and Cheshire East.

Image: A part of A6 road where Stockport meets Manchester. Photo: courtesy of Keith Williamson.