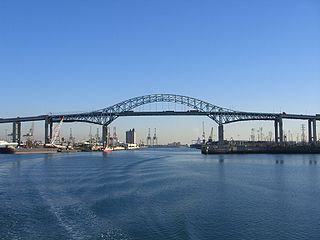 The California Transportation Commission (CTC) in the US has allocated $287m for 23 new transportation projects that will improve roads, transit and bridges across the state.

The new projects will strengthen the California’s economy and provide better roads for motorists across the state.

California Department of Transportation director Malcolm Dougherty said that the department is building transportation improvements that will benefit the state for several years and boost job growth in every region of the state.

The projects that received funding include $153m for a venture to replace the Gerald Desmond Bridge in Long Beach City with a new bridge.

In addition to lessening traffic congestion, construction of the new bridge will improve goods movement in the Long Beach port.

The bridge project had earlier received $153m funding from the State Highway Operations and Protection Program (SHOPP), which is now replaced with an equivalent amount from Proposition 1B (Prop. 1B Program), a transportation bond approved by voters in 2006.

"The new projects will strengthen the California’s economy and provide better roads for motorists across the state."

Of the total investment of $287m, $259m is allocated from Prop. 1B Program.The remaining $28m is funded from various transportation accounts financed by state and federal dollars.

In total, $14.6bn in Proposition 1B funds have been distributed throughout the state.In September 2012, CTC allocated $236m in new funding to 32 projects that will improve the state’s transportation system.

The commission also redistributed $21m in federal funding to 22 alternate projects chosen by transportation agencies across the state.

Image: California Transportation Commission has allocated $153m for a project to replace the Gerald Desmond Bridge in Long Beach City with a new one. Photo: courtesy of neighborhoods.org.