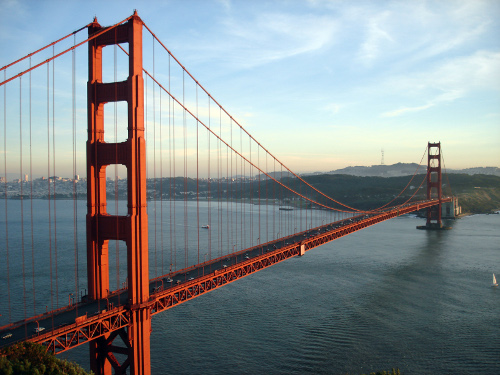 The Golden Gate Bridge in California, US, has begun testing of a new tolling system as it gets ready to become the first in the state to go all-electronic.

According to Golden Gate Bridge officials, drivers will pay tolls using an existing transponder system along with the new system that will scan license plates when vehicles approache toll plaza, beginning late March 2013.

Under the new system, which will cost $3.2m to install and test, the license plates of the vehicles will be connected to pay-as-you-go or pre-paid accounts, and drivers who fail to make the payment in advance will receive an invoice.

Motorists will be given a period of 21 days to pay the toll without penalty, and a fine of $25 will be levied if it is not paid 30 days after the given period, following which the issue will be referred to the DMV, which can impose a hold on the vehicle’s registration.

"Drivers will pay tolls using an existing transponder system along with the new system that will scan license plates when vehicles approache toll plaza."

In addition, motorists can register their license plates and credit card information online with the bridge district and pay for their tolls as they are incurred.

The Golden Gate Bridge is a suspension bridge spanning the opening of the San Francisco Bay into the Pacific Ocean, which has used manual toll collection since it was opened in 1937.

Bridge officials said that the elimination of manual toll collection will save nearly $19m in salaries and benefits over eight years, helping to reduce a forecasted budget deficit.

A part of both US Route 101 and California State Route 1, the structure connects the city of San Francisco, on the northern tip of the San Francisco Peninsula, to the Marin County.

Image: The Golden Gate Bridge has had manual toll collection since its opening in 1937. Photo: courtesy of Rich Niewiroski Jr.