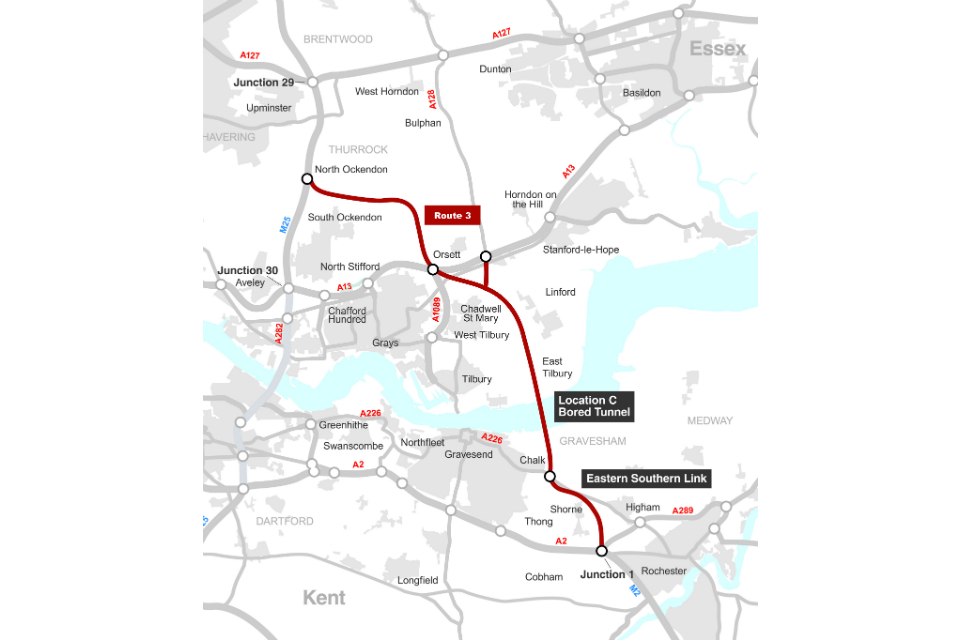 Highways England in the UK has revealed plans to construct a multibillion pound road link across the River Thames between Essex and Kent.

The project will not only economically benefit the residents of the region, as well as the country, but will also help reduce traffic congestion at the existing Dartford Crossing along with providing a new alternative link across the Thames.

"The government is committed to delivering a Lower Thames crossing, which will increase capacity and provide better, faster journeys across the Thames."

UK Roads Minister Andrew Jones said: "The government is committed to delivering a Lower Thames crossing, which will increase capacity and provide better, faster journeys across the Thames.

"Once complete, it could add over £7bn to the economy by increasing investment and business opportunities, and create over 5,000 new jobs nationally."

Two locations were shortlisted for the construction of a new bridge or tunnel across the river in 2013. Option A was one near the present Dartford Crossing while Option C was the one connecting the M2 with the M25 through the A13.

After conducting detailed work with several stakeholders to analyse the shortlisted options and develop possible routes at each location, Highways England opted for a new crossing at Option C.

Highways England senior project manager Martin Potts said: "Our assessments have shown that Location C provides double the economic benefits of Location A, as well as a clear alternative route to the Dartford Crossing, reducing congestion and improving resilience of the road network.

"And by choosing a tunnel rather than a bridge, we can minimise the effects of the new road on the environment."