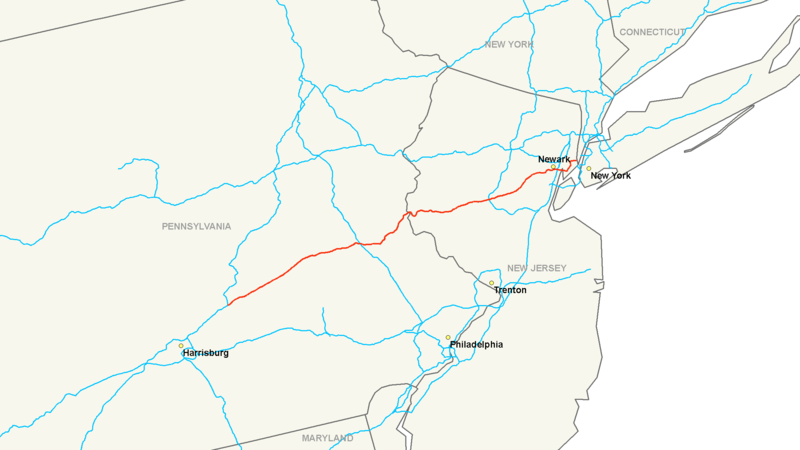 The New Jersey Department of Transportation (NJDOT), US, has started a $72m rehabilitation project involving construction of three linear miles of eastbound and westbound travel lanes on Interstate 78, in Essex and Union counties.

NJDOT Commissioner James Simpson said the project will benefit New Jersey residents travelling along the route daily. The latest investment will complete the five-phase project started in 2005 to rehabilitate and improve I-78 from milepost 50.4 in Springfield to 58.5 in Newark.

It is one of the busiest stretches of highway in New Jersey, on which about 145,000 vehicles run each day.

Under the project, deck patching, joint-sealing and guide rail repair will be done at sixteen bridges, while new intelligent transportation systems (ITS) fibre-optic cable will be installed and integrated with ITS facilities, which were previously installed along the nearby sections of I-78.

NJDOT will start construction on the left-most express lane in both directions, during this phase the express lanes will be narrowed to one lane and shifted on to the right shoulder. The agency will reconstruct the highway in stages, to prevent inconvenience to motorists. Subsequently other portions of the highway will be reconstructed in different phases.

The overall programme includes the $150m Garden State Parkway / I-78 Interchange 142 improvement, which will create the two missing connections at the interchange, as well as reconstruct the I-78 mainline highway between mileposts 52.8 and 53.8 in Union, Hillside and Irvington.

Another part of the project was a $14m highway reconstruction, between mileposts 56.9 and 58.4 in Newark City, completed last year, 2011.