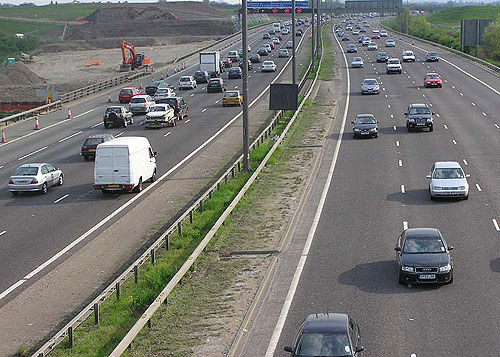 Engineering and construction company Skanska UK, in partnership with global infrastructure firm Balfour Beatty, has been awarded a new £321m contract to upgrade sections of the M25 London orbital motorway for the UK’s Highways Agency.

Set to commence in January 2013 and conclude in February 2015, the new contract is a part of the Connect Plus’ design build finance and operate (DBFO) contract, which is responsible for the M25 and strategic arterial routes.

Under the deal, a 50/50 construction JV comprising Skanska and Balfour Beatty will construct the infrastructure to support permanent four-lane running on 46km of the M25 in two sections between junctions 5 to 7 and 23 to 27 via Kent, Surrey, Essex and Hertfordshire.

The project involves the upgrade of the central reservation to a concrete barrier to control the impact of incidents while reducing delays for motorists.

"The project involves the upgrade of the central reservation to a concrete barrier to control the impact of incidents while reducing delays for motorists."

It also includes the installation of emergency refuge areas for vehicles and road management technology, including electronic matrix signage and CCTV cameras.

Balfour Beatty chief executive Ian Tyler said that the new contract on the M25 builds on the company’s existing contracts across the UK roads network and fortifies its position in the transportation arena, which is a core strategic global sector.

Headquartered in London, UK, Balfour Beatty offers services that include project design, financing and management, engineering and construction, and facilities management, while employing 50,000 people across the world.

Skanska UK is engaged in building and civil construction, utilities and building services with around 4,200 employees.

Image: The multi-million pound contract was awarded to upgrade sections of the M25 London orbital motorway.