ContinueLearn More X
X
Advertise with us
admin 29 May 2012 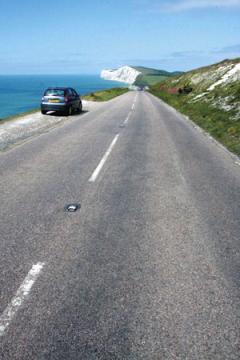 The Isle of Wight Council in England has selected Vinci Concessions and Vinci Ringway as its partners for Highways PFI, a road infrastructure and engineering project.

Vinci Concessions and Ringway will upgrade and maintain the roads, footway and cycleway network of the Island, as well as various other projects, under the contract for a period of 25 years.

Isle of Wight Council director of the economy and environment Stuart Love said: "The procurement process has been a complex one but necessarily as we have had to agree a long-term contract that represents the very best interest of road users and council tax payers."

The project is financed through a government grant and will also be funded by the PFI. Vinci will start work in April 2013 and upgrade the majority of the roads in the first seven years at an annual cost of £20m.

Isle of Wight Council highways and transport cabinet member Councillor Edward Giles said all those who use Island roads will appreciate the need for this comprehensive upgrade.

"We are about to embark on a huge project that will leave the Island with a transport infrastructure of unprecedented quality," Giles added.

"This is a once-in-a-lifetime project to give our roads network a complete overhaul and upgrade, and to do so in a way that offers the best possible value to council tax payers."

Vinci, under the contract, will also upgrade and maintain the Island’s unstable highway stretches like the Military Road and Niton Undercliff.

The council has 120 separate schemes to tackle the highway stretches, which are prone to rainwater flooding, and will introduce public waste bin receptacles for pedestrians.

Image: The Military Road in the UK will also be maintained as part of the Highways PFI project. Photo: courtesy of the Isle of Wight Council.