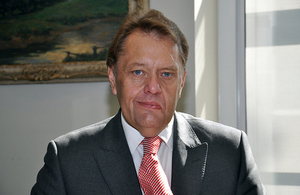 The UK Government has started work on the £61m project to improve the A1 road near Gateshead.

The A1 is the 3.98-mile stretch between the Coal House and the Metro Centre.

The improvement works include increasing the lane capacity from two to three lanes in each direction and the construction of new parallel link roads between the Lobley Hill and Gateshead Quay (A184) junctions.

UK Roads Minister John Hayes said: "The A1 is a crucial link between the north-east, Scotland and the south, and this work will cut congestion and improve journey times.

"This government is making a record £24bn investment into our major roads and motorways."

"This government is making a record £24bn investment into our major roads and motorways. This equates to an annual tripling of funding over the next six years.

"We are unlocking the economy around the country and the fact we have been able to expand improvements to the A1 is a powerful demonstration of that."

As per the previous plan, the A1 road was supposed to be built between Lobley Hill and Dunston. However, the plan was extended by adding another 3.05 miles after the government identified savings of £19m in the scheme’s design phase.

The roads are expected to be fully operational by mid-2016.

In addition to the A1 scheme construction, the government is also conducting feasibility studies for the A1 North of Newcastle and the A1 Newcastle Gateshead Western Bypass projects.