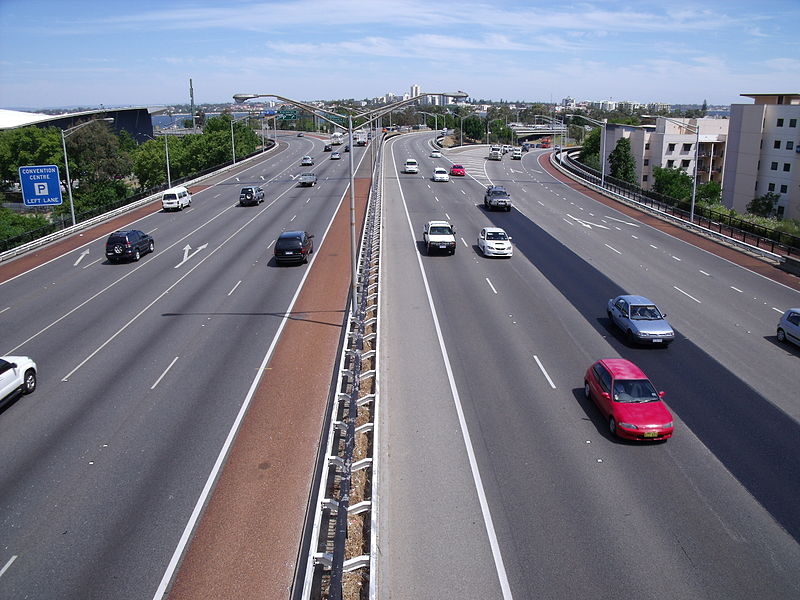 Under the project a northbound lane will be added, from Graham Farmer Freeway to Hutton Street, spanning eight kilometres. It also includes widening of traffic bridges over Powis St, Vincent St and Scarborough Beach Rd, plus construction of a ramp from the Loftus Street exit of Mitchell Freeway.

WA Transport Minister Troy Buswell said the project would provide an alternative east-west route for CBD traffic, adjust merging arrangements on to the Mitchell Freeway and redirect traffic exiting at streets of Vincent and Powis.

"This government is overseeing the most significant transformation of the CBD in decades and it is inevitable that key redevelopment projects, such as the Perth Waterfront, Perth City Link and Riverside, will change the way traffic moves in the city," Buswell said.

"Perth Waterfront is one of the most significant developments in Australia and will see the Riverside Drive realigned to allow traffic to flow into Barrack and William streets."

The diversion of the traffic on Graham Farmer Freeway will redirect an additional 14,500 vehicles a day through the tunnel. WA is planning to start procurement options with road construction companies this month to deliver the project within the next two years. Works on Graham Farmer Freeway tunnel begin in July 2012 and are expected to be completed by May 2013, while works on the additional freeway will be completed by November 2013.