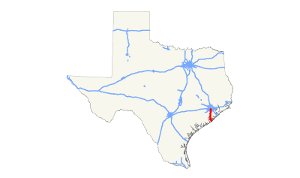 Under the public-private partnership (PPP) project, the consortium will design, build, operate and maintain the toll lanes along 10.3 miles of State Highway 288 in Harris County, near the city of Houston.

The entire project is worth more than $1bn with construction costs involving approximately $800m.

"Expansion of the operations of Shikun & Binui into the US is part of our long-term strategy to diversify the countries in which we operate and penetrate new markets."

As part of a 52-year concession, the consortium will operate and maintain the toll lanes, as well as collect the tolls from the users.

Blueridge Transportation Group was awarded the contract after facing competition from two other Spanish-led consortiums.

Under the design and construction works, four-lane express lanes will be built in the median of the existing highway, and a major interchange and multiple bridges will be reconstructed in addition to installing an electronic tolling system.

Shikun & Binui CEO Ofer Kotler said: "A couple of years ago, we identified the US as a target country for the expansion of our global activities.

"I am confident that this project will be the first of many more to come, and that we will continue to grow our business in the US with further project wins under the leadership of our team."

Shikun & Binui chairman Moshe Lahmani said: "Expansion of the operations of Shikun & Binui into the US is part of our long-term strategy to diversify the countries in which we operate and penetrate new markets."