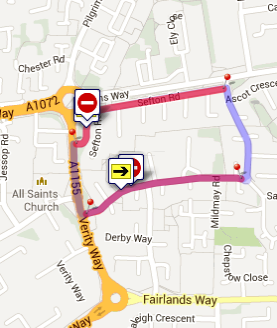 Councils in the UK are responding to floods by publishing emergency closures and diversions online, in a first-of-its kind initiative to provide information during a national emergency.

Somerset County Council responded to the national crisis by publishing the details on road closures on the web, while Stoke-on-Trent became first city council to tweet about the route diversions.

On the Isle of Wight, the local authority is using the Traffic Management App, developed by transport information provider ELGIN, to publish the impact of landslides, floods and roadworks.

Councils in Dorset, Devon, East Sussex and Surrey have also joined the increasing number of local authorities publishing their diversion routes live on the web.

ELGIN chairman Shane O’Neill said: "It is fantastic that so many local highway authorities are responding to the flooding and utilising the new Traffic Management App to communicate their diversions routes instantly to emergency services and the general public."

ELGIN’s Traffic Management App facilitates the communication of information on local road closures and diversions, live and instantly to the web and via Twitter, for the first time on a national platform.