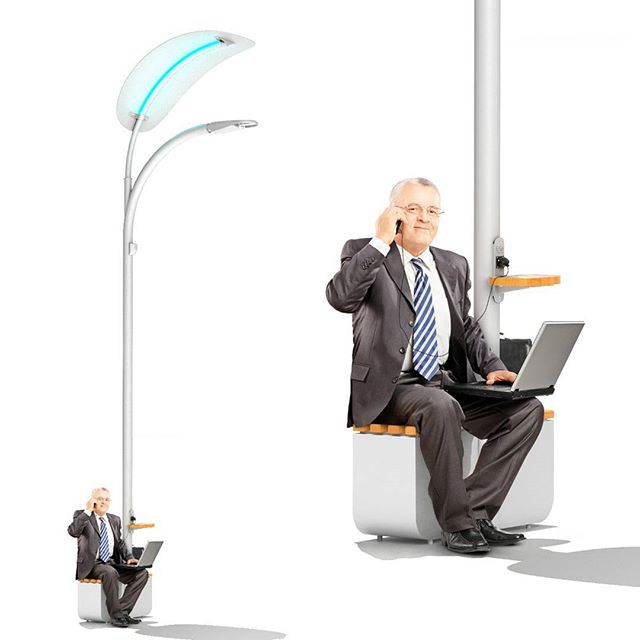 Up to 7W of energy is generated when a pedestrian steps on a tile, which is stored in a battery to supply power to lights for later use.

The streetlights feature the latest LED technology, ranging from 25W to 75W, depending on the selected design.

These lights can also be incorporated with motion sensors, which ensures that the lights get illuminated only when needed, minimising energy wastage.

EnGoPLANET CEO Petar Mirovic was quoted by Gizmag as saying: "If you look at traditional streetlight poles, you will see that they are useless. They simply hold the lighting.

"With our solution, we’ve changed that by incorporating useful features into the pole and transforming it into a free service spot where people can rest, charge their portable devices, or connect to Wi-Fi."

Image: The street lights with EnGo Charge Spots allow people to sit and charge their devices. Photo: courtesy of EnGoPLANET.