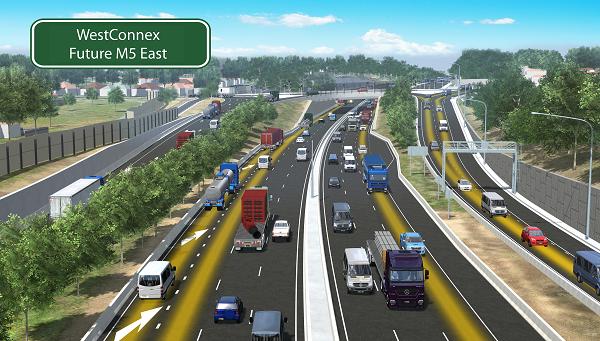 The Australian and New South Wales (NSW) Governments have called for expressions of interest (EOI) for the M5-King Georges Road interchange upgrade.

The upgrade is part of the second stage of the WestConnex motorway project that is currently under construction in Sydney and comprises the widening of the existing M5 East from two to four lanes in each direction at the King Georges Road interchange.

The WestConnex motorway project is one of the Australia’s important infrastructure projects, which aims to boost Sydney’s productivity and reduce travel times for motorists.

The Australian Government believes that the project is expected to bring more than $20bn worth benefits to the economy and generate approximately 10,000 jobs.

"The Australian Government’s $2bn concessional loan to accelerate WestConnex Stage Two by more than 18 months means major construction will be brought forward to 2015."

"The Australian Government’s $2bn concessional loan to accelerate WestConnex Stage Two by more than 18 months means major construction will be brought forward to 2015.

"We are getting on with building both WestConnex Stages One and Two at the same time to ensure we create thousands of new jobs, grow the economy more quickly and bust congestion in our cities, which is costing the economy billions."

NSW roads and freight minister Duncan Gay said: "Expressions of interest are being called for a construct-only contract to carry out the realignment and extension work needed at this interchange ahead of the major work due to take place on the Stage 2 corridor of WestConnex from 2016."

A spokesperson from the NSW government’s roads and maritime services said: "The first phase requires applicants to submit an EOI. The EOI submission will be evaluated against specific criteria in order to shortlist applicants for participation in the second phase.

"The second phase will be governed by a separate request for tenders (RFT) issued to shortlist applicants and a detailed evaluation process."

Image: Artist’s rendering of the proposed expansion at M5 east of WestConnex motorway project in Sydney. Photo: courtesy of Roads and Maritime Services.