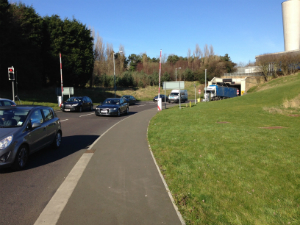 The FMCW radar, which uses much of the technology from AGD’s home office type-approved enforcement portfolio at a fraction of the cost, is located externally to improve road users’ safety and prevent accidents by monitoring wrong-way detection on the approach to the tunnel. The radar’s criteria is set to alert if a vehicle is travelling the wrong way down one of the lanes.

Hanson Pottinger, Technical Manager of TT2 Limited, the management company for the Tyne Tunnel, explained: "After the redevelopment of the existing Tyne Tunnel, and the changes to the road layout on the approach to the tunnel, we had a number of instances when drivers, having mistakenly arrived at the north end of the northbound tunnel, have tried to turn themselves around and attempted to return to the south side of the river via the northbound tunnel. It goes without saying that these drivers were putting other road users, who do not expect oncoming traffic in a unidirectional tunnel with a restricted line of sight due to the curvature of the tunnel, at huge risk."

While TT2 had video analysis systems in place within the tunnels to detect vehicles travelling in the wrong direction, this was only detecting the event once an accident risk had arisen. The team recognised they needed an effective system external to the tunnel to detect a wrong way event prior to the vehicle entering the tunnel, to hopefully prevent entry and remove the risk to other tunnel users.

Conscious of the disadvantages of external video analysis equipment due to weather conditions affecting visibility, the team approached AGD as they were aware of the increasing use of intelligent radar within tunnels to effectively detect abnormal events.

Ian Hind, Commercial Director of AGD Systems said: "The ‘318’ offers a unique and distinct platform and is one of our most advanced radar systems to date. It has an easy-top-use Bluetooth-enabled graphical user interface (GUI) and is integrated easily to TT2’s existing tunnel control systems, with no need to buy additional software or hardware. The ‘318’ also provides a useful ‘heartbeat’ message which confirms the system is still operating. This feature is particularly useful to the TT2 team due to the low level of actual wrong-way events that occur. It gives the operational team added reassurance that the system is working and alerts them in the unlikely event of a system failure."

Hanson Pottinger added: "We needed a controlled range of detection to avoid the regular customer ‘manoeuvres’ around the tolls plaza, causing multiple alarms on the system but still able to detect vehicles incorrectly approaching the tunnel exit with sufficient time to implement actions to prevent them progressing into the tunnel. The ‘318’ has really delivered the goods for us and has already proved to be invaluable with its first active detection of a vehicle intent on progressing in the wrong direction into the tunnel. The systems alerted our operational staff who were then able to take appropriate action to prevent the vehicle’s continued progression into the tunnel."

To find out more about the ‘318’ and AGD’s award-winning portfolio of innovative intelligent radar detection systems visit: www.agdsystems.com.