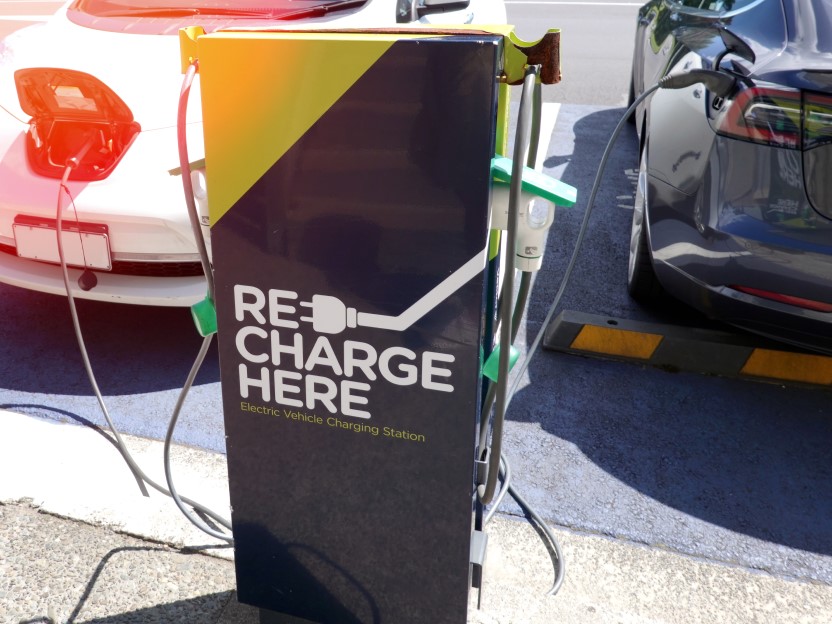 According to estimates, as of Q1 2020, there was one charging point to every 33 EVs in New Zealand. Credit: Seita on Shutterstock.

The Government of New Zealand announced last month a radical rebate scheme for electrified cars that is aimed to help the country to achieve its decarbonisation goals under the Paris Agreement.

The existing challenges regarding affordability and infrastructure for electric cars limit ambitions for strong adoption, with the country needing more policy adjustments to reduce carbon emissions in transportation.

New Zealand has been underperforming in the reduction of carbon emissions, with carbon emissions in transport largely contributing to this. In order to tackle this, the Government of New Zealand introduced effective from July 1st a radical electric vehicle (EV) adoption scheme to drive electric and plug-in car sales at 50% of new cars registration by 2029.

The share of EVs in the total of new car registrations is much lower in New Zealand than that in major markets, currently standing at 2.3%. This means that EV sales would have to follow an exponential growth trajectory, similar to that seen in Norway, where the most radical rebate programme was implemented driving the highest electric car adoption worldwide.

The expansion of the currently limited charging infrastructure is challenging

According to estimates based on government figures, there was one charging point per 33 EVs as of 2020 Q1, a figure significantly higher than that in the European Union where adoption is higher.

The government has pledged to expand the nationwide charging network, quadrupling its Low Emission Transport Fund by 2023, but the infrastructure itself needs to grow more times than that to accommodate the level of demand that will allow meeting carbon emission goals. Moreover, given the low population density of the country, the expansion of the charging infrastructure across the country seems an even bigger challenge, and not feasible without government co-funding, as private investment would be unprofitable.

With car ownership per capita in New Zealand one of the highest worldwide – more than 800 cars per 1,000 people – there is a broader set of actions to reduce carbon emissions in transportation, such as increasing the use of public transport, car-pooling and cycling.

Reducing car ownership rather than stimulating electric car adoption might be a more financially viable and effective solution, especially for smaller countries. This ultimately proves that there is no one-fit-for-all approach in tackling carbon emissions.