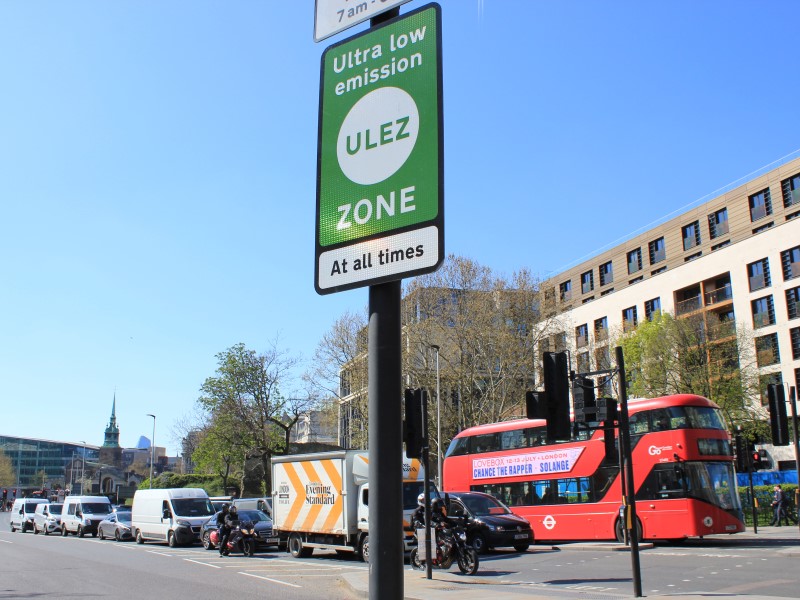 As of October 25 2021, London’s ULEZ has been extended to cover 18 times its original area. Credit: Lorna Roberts / Shutterstock.

London’s Low Emission Zone is expanding, which is set to impact automotive sales across the country.

London’s first Ultra Low Emission Zone (ULEZ) was introduced in 2019, and as of October 25 2021, has been extended to cover far more of the city, at 18 times its original area. This is expected to impact approximately 300,000 motorists who live or commute into London, who will face a daily charge of £12.50 ($17.16) if their vehicle isn’t compliant with the low emissions zone regulations.

To incentivise trading in an older car and replacing it with a model which complies with the terms of the ULEZ, there has been a scrappage scheme of £2,000 ($2,565) offered to drivers who claim at least one type of benefit. However, it seems like this offer is not substantial enough to make more eco-friendly vehicles accessible to those on the lowest incomes.

New low emission zones are set to be introduced countrywide

There are also plans outside of London for new clean air zones, in a bid to reduce climate change emissions and air pollution levels, with four zones set to be introduced by the end of 2021 and a total of 15 cities by the end of 2022. Not all of these will charge car users, however.

A lot of the low emissions zones will target commercial drivers, those driving buses, coaches, taxis, HGVs and LGVs. In order to encourage these drivers to replace their current vehicles with greener alternatives, local leaders have asked for a support package. For example, Manchester wants a support package that includes £8m ($10.2m) to support businesses that are going to feel the brunt of the economic impacts of these daily charges.

New regulation will continue to drive hybrid and electric sales