The new coastal road is being constructed along the coastline of Reunion Island. Credit: Manitowoc Company, Inc. 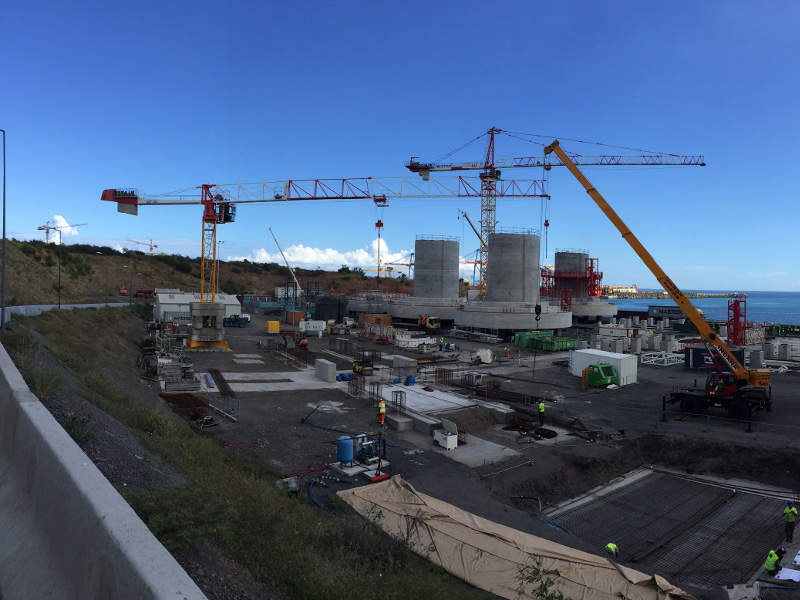 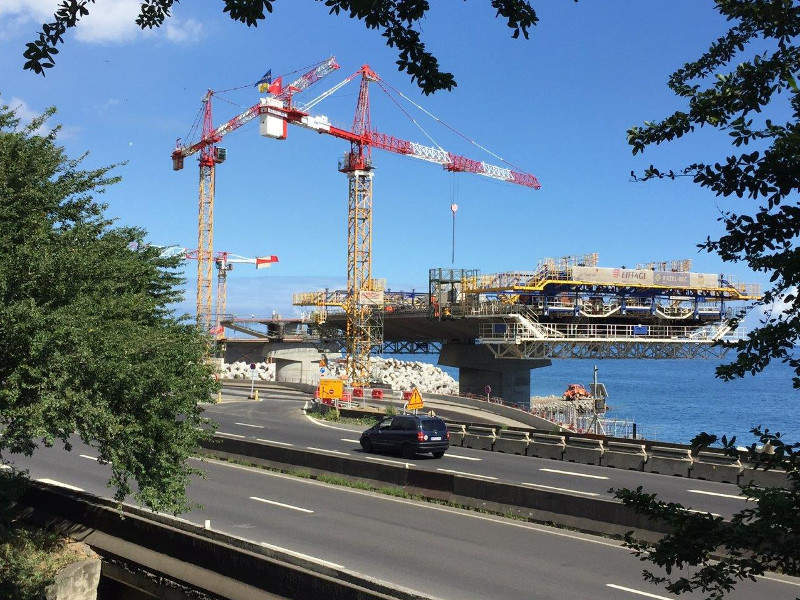 The 12.5km-long new coastal road will be operational by 2020. Credit: Manitowoc Company, Inc.

The new coastal road or Nouvelle Route du Littoral (NRL) is being developed to replace the existing Reunion Island coastal highway, also known as the Route du Littoral or the RN1. It is touted to be France’s most expensive road project.

The project is aimed at providing a safer and more reliable road connection between the two cities. The Conseil Régional de la Réunion is the public authority in charge of the project.

The new coastal road will be 12.5km-long and comprise three main segments, including a 5.4km-long coastal viaduct and two causeways (an interchange and a La Grande Chaloupe-La Possession causeway).

The viaduct will stand between 20m and 30m above sea level and be located 70 away from the coast. The elevated highway will be 30m-wide with a dual three-lane configuration capable of accommodating buses, cars, pedestrians and bicycles.

All the components required for the project are being pre-fabricated on land to avoid tides and minimise work at sea. Two production sites were set up in the harbour zone for prefabricating piers and segments.

Approximately 48 pre-fabricated piers were transported to the construction site using a large barge. Seven segments that form the deck portion over each pier were transported using a barge and installed along with the pier heads. Each segment weighs 2,400t. The 1,386 continuous segments which form the rest of the deck portion over the viaducts were installed using a 278m launch beam.

Two Potain MD 485 B M20s, two MDT 368 As, an MD 560 B, a Potain K5/50C, a Manitowoc 12000E-1 crawler crane, seven Grove all-terrain cranes and two Grove rough-terrain cranes are being deployed in the construction of Reunion Island new coastal road.

The engineering, procurement, construction and management (EPCM) contract for the new coastal highway project was awarded to EGIS. The contract also covered the structural designs for the road.

DHI was subcontracted by EGIS to carry out the physical hydraulic model tests required to support the structures.

The other main contractors involved in the main construction works of the highway project are Colas and VINCI Construction.

CHRYSO provided environmental exposure class concrete, which offers the durability guarantee of 120 years minimum through its EnviroMix® approach, for the project.

The 16 cranes being used for the project were supplied by contractors Vinci Construction Grands Projects, Bouygues TP and Grues Levages Investissements (GLI).

Engen was awarded a €0.96m contract to provide fuel for the mega-construction project. The rock and aggregate required for the project are being provided by Comarco.

The other contractors involved in the project are HEBETEC Engineering, Mecap and APP Consultoría Powerproject & TILOS & Ecodomus.

The Route du Littoral, also known as the RN1, is a 13km-long scenic road connecting Saint-Denis and La Possession. The road is being used by approximately 80,000 travellers a day.

The road is located at the bottom of steep volcanic cliffs and close to the coastline. It is often prone to rockslides, rain floods and flooding due to high tides, which cause regular accidents, fatal car accidents and road blockages.

Frequent cyclonic swell also results in the inclination of the road, closure of several lanes and serious traffic congestion. The issues happen 64 days a year and affect trade, which is 60% dependent on freight transport carried by the Route du Littoral.