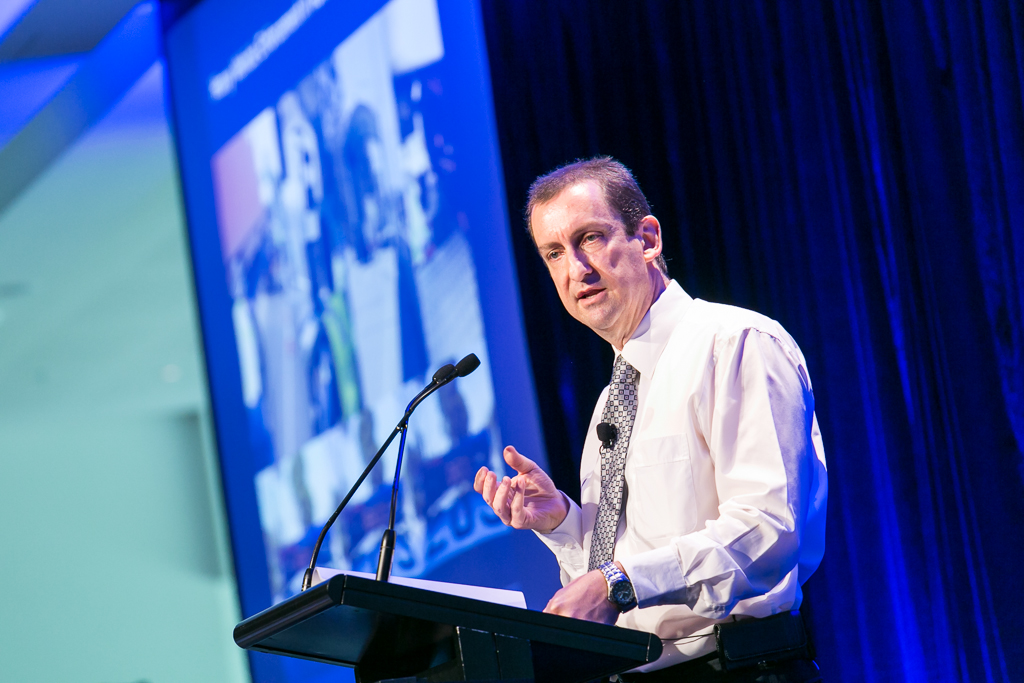 Australia has a strategic opportunity to lead the world in more efficient public transport, safer rail crossings and faster loading and unloading of container ships says one of the region’s most respected transport industry managers.

The key is to trust in and support the development of the intelligent transport systems sector says Peter Wells, who recently left Roads and Maritime Services (RMS) as an executive director after a distinguished 22-year career in NSW Government in a number of agencies in transport, environment, planning and natural resources.

Not content with retirement, Mr Wells has thrown himself into a number of projects with the potential to ease congestion on roads and lead to a fairer distribution of limited public funds.

As a significant announcement since leaving RMS, Mr Wells has been appointed a director of the advisory board of Australian analytics company SenSen Networks Pty Ltd.

Announcing the appointment, SenSen founder and CEO Subhash Challa said: "I am delighted to welcome someone of Peter’s calibre to join our mission as we take Australian ingenuity to the world. Our company is committed to a safe, cleaner and more efficient world where assets are deployed to their fullest potential, and these are values Peter has lived by throughout his career. I am confident our company will grow stronger thanks to the guidance Peter will bring to our talented young engineers and scientists."

In NSW alone, congestion costs Sydney $5 billion per annum and this will grow to $8 billion per annum by 2020 if nothing is done. It’s a subject that Premier Mike Baird promised to tackle head on in one of his first major policy announcements upon taking office.
All up, NSW is committing $20 billion in new productive infrastructure that will create more than 100,000 jobs and boost the economy by almost $300 billion in just over 20 years.

"This level of commitment underscores the importance of infrastructure and both the public and private sector need to work together to ensure the funding leads to safer, fairer and more productive assets for generations to come."

In Mr Wells’ view, the key to intelligent transport systems is gathering data and analysing it in real time so owners and managers of infrastructure can make decisions based on evidence instead of guesswork and get more productivity as well as important safety benefits from our transport assets.

"This can be done by sensors that talk to each other so the entire network shares data gathered by every discrete sensor," Mr Wells said. "In this way we can build more intelligent rail and road level crossings to better measure train speed and make road closures happen, reducing cost and risk for everyone.

"The same system can measure the speed of cars as they approach road works and send appropriate warnings, and it’s not far removed to add modules that watch out for stolen vehicles or suspicious behaviour."

For the freight and container industry, Mr Wells sees a day not far into the future when specially deployed algorithms optimise the packing and unpacking of ships and trucks, and send resources to clear up bottlenecks as soon as they appear.

Other areas of interest for Mr Wells are optimising the performance of car parks and speed cameras, as well as increasing safety within school zones, to create a more equitable system that leads to higher levels of community confidence.

"RMS has been an outstanding organisation that set the national benchmark for many areas of enforcement and safety. We were the national leader in camera enforcement of vehicles for traffic offences, delivering significant community benefits and reduced contention in a high-profile function," Mr Wells said.

During his RMS career, Peter Wells led the regulatory and customer functions for licensing, policy, compliance, investigations, licence appeals and prosecutions, management and delivery of technology, and generating and implementing road transport regulatory reform in NSW. In this role he reported directly to the chief executive. Major achievements during this period were: