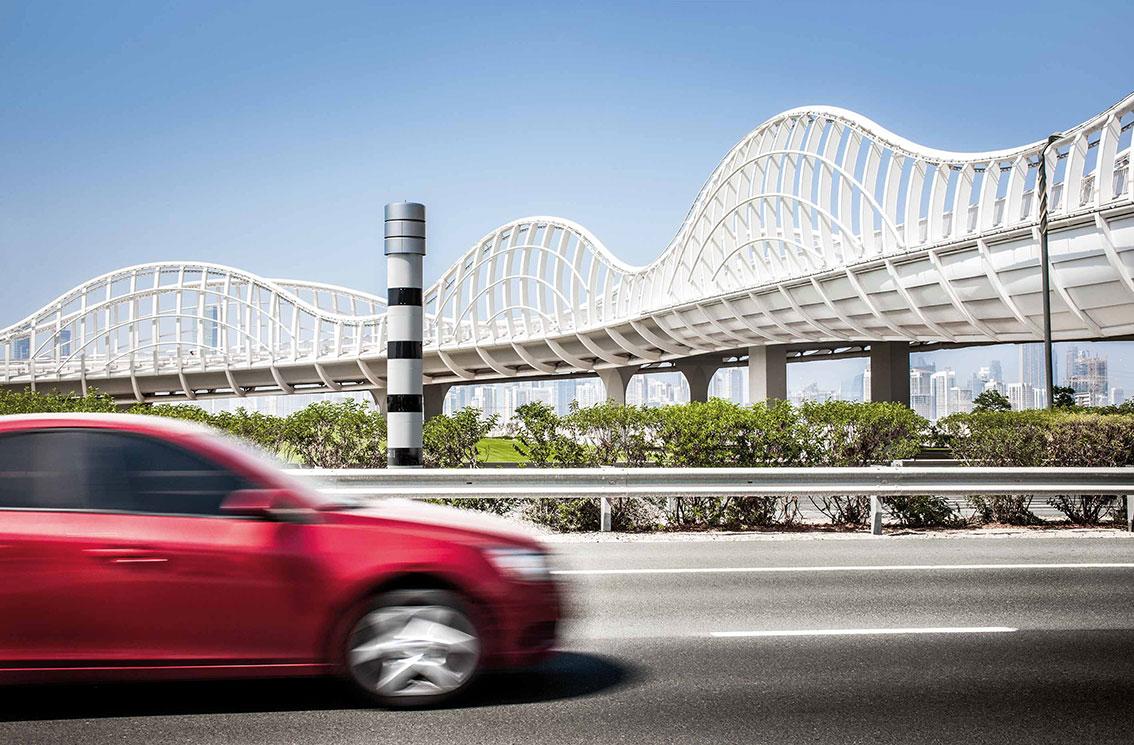 Data on violations recorded by newly installed PoliScan systems has been released by Dubai Traffic Police.

According to an official press release, the LIDAR systems documented more than 51,000 violations in the first eleven months of 2015. The Dubai Traffic Police uses PoliScan to simultaneously enforce a number of different violations and the number does not include the speeding violation cases. When presenting the figures, Director of Traffic Police Colonel Saif Muhair Al Mazroui was cited, that the VITRONIC systems greatly reduced the fatality rate on Dubai roads.

With over 21,000 documented violations, overtaking on the hard shoulder has been the number one risk factor closely followed by jumping red lights. More than 6,000 cases were heavy goods vehicles (HGV) leaving their designated lanes and another 3,000 vehicles not abiding to traffic regulations, such as HGVs driving within truck traffic prohibition times.

The PoliScan systems, also nicknamed Al Burj (the Tower) in the UAE due to their distinctive appearance, use non-invasive LIDAR technology to create a real-time image of the traffic situation including the exact velocity, lane and class of each vehicle. With this, authorities can simultaneously enforce multiple violations such as speeding, red light violations and the illegal use of individual lanes.