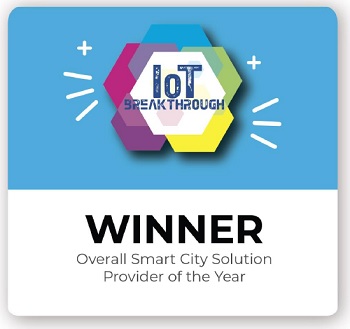 SERNIS has been named as winner of the Overall Smart City Solution Provider of the Year from IoT Breakthrough, an independent organization that recognizes the top companies, technologies and products in the global Internet of Things (IoT) market today.

SERNIS won the prestigious award with its parking solution iMAPARK.

This year’s awards attracted more than 3,500 nominations from companies all over the world. All nominations were reviewed and evaluated by an independent panel of experts within IoT industry, with the highest scored nomination selected as winner for each category.