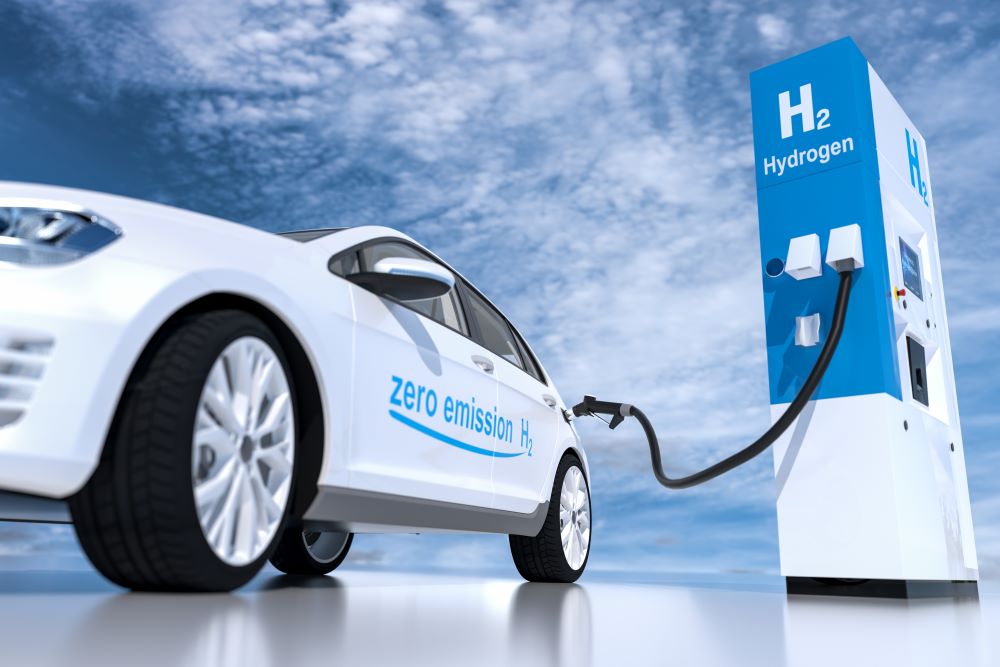 As part of a wider trend of electrification, the International Energy Agency (IEA) predicts there will be 145 million EVs on the road by 2030. Credit: Audio und werbung / Shutterstock.com

Electric vehicles (EVs) were an important area of progress at COP26. At the conference, 30 national governments agreed that all new vehicles would be 100% emission-free by 2035 in leading markets and 2040 for the rest of the world.

As part of a wider trend of electrification, the International Energy Agency (IEA) predicts there will be 145 million EVs on the road by 2030. Similarly, GlobalData forecasts a ramp-up in production so that, by 2030, global EV production will hit 23.6 million units, accounting for 22.1% of the total light vehicle market.

Battery electric vehicles (BEVs) are the fastest-growing type of electric vehicle, easily accounting for the majority of EV sales. However, the degree to which BEVs will dominate the automotive industry in the future remains an open question. Despite Elon Musk dubbing hydrogen-powered cars as “fool sells” and “staggeringly dumb”, the development of hydrogen-fuelled vehicles has continued regardless, while weaknesses in the lithium-ion supply chain have presented a problem for upscaling BEV production.

While Tesla has doubts, it is full steam ahead for other manufacturers

Meanwhile, two car companies have scrambled to create viable hydrogen-fuelled vehicles. The Hyundai Nexo and Toyota Mirai are examples of hydrogen hitting the highways, with the latter also experimenting with hydrogen in its GR Yaris model. These are zero-emission cars, producing only water and warm air as a by-product. However, although BEVs are more energy efficient and have no tailpipe emissions, they still require the decarbonisation of the power grid to realise their full emission saving value.

In comparison, green hydrogen uses renewable energy to power the process of electrolysis, where water is separated into hydrogen and oxygen. Although the cost effectiveness of renewable energy resources is increasing all the time, the majority of hydrogen fuel consists of the grey or blue variety. The former takes energy directly from fossil fuels, while the latter uses a combination of fossil fuels and carbon capture technology to mitigate emissions. It is clear that, although a zero-emission hydrogen fuel exists, it remains a working project.

However, the easy refuelling of hydrogen vehicles within minutes also presents an advantage over BEVs, the uptake of the latter being significantly hampered by charging times and the need for a robust charging infrastructure. In regions that are heavily dependent upon fossil fuels, cars powered by green hydrogen provide a means of immediately delinking from non-renewable resources.

Admittedly, it is no secret that hydrogen refuelling stations are currently a rarity. Although this situation would improve with increased demand, hydrogen contains less energy per unit of volume and thus the process of generating, transporting, and storing this fuel passes the cost onto the consumer. Although car manufacturers such as Toyota have attempted to incentive consumers by subsidising fuel costs by up to $15,000, this will remain a notable barrier to consumers for now.

Putting Musk to one side, we should watch this space

Ultimately, the viability of hydrogen vehicles is questionable at the moment.  But it is important not to understate how rising demand, economies of scale, and technological refinement will change the prospects of this technology. This has, after all, worked for BEVs in the past. Climate change demands a rapid upscaling of EVs that BEVs may struggle to meet alone. Hydrogen cars and BEVs provide a powerful, two-pronged approach to a massive upscaling problem and so should not be so readily dismissed.