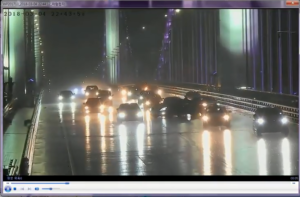 If, for example, a car stops in the middle of a road or at the hard shoulder the sensor can transmit a trigger message. Overall the Event Trigger Module is very powerful and flexible.

As an example, see the video. Using UMRR-0C Type 40 3D/HD radars, one of smartmicro’s Korean customers developed a local Incident Detection System, which was certified by KICT and has been tested for >95% detection rate of pedestrians. The solution was implemented at multiple locations, among those highways in the mountains of Jeju Island or the Gwangan Grand Bridges in Busan, South Korea, as well as on several intersections across the city. Since the IDS went operational, the number of accidents and other incidents was significantly reduced. Potentially severe accidents were avoided and lifes saved.