The flexibility of the DSS-MP automated parking system means it is possible to design and build parking lots for almost any size of plot and topography, including those in which a conventional parking lot or other parking systems could not be accommodated.

The speed of operation depends on the weight of the vehicle, which is measured during the entry process. Faster transportation can be achieved using this method than with constant-speed systems.

DSS-MP automated parking system’s architecture is based on intelligent subsystems, each having its own PLC and functions. Should a part fail, the unaffected components operate independently to assume control and operation of the system without any data loss, giving a high level of redundancy. Commands and communication are uninterrupted and no hydraulic or pneumatic parts are used.

Communication between components is performed wirelessly and dedicated units are installed to detect and actively suppress hacking or interference from external sources.

In addition, all automation and electrical components are sourced from one manufacturer, thereby avoiding compatibility problems.

With proper structuring and design of the electrical and automation components together with the energy management software, substantial savings could be achieved in terms of energy costs and in obtaining LEED certification that would qualify for tax breaks or other advantages in certain countries.

Using the most up-to-date technologies during the design phase of the DSS-MP automated parking system means that the running costs could be 30 to 50% lower than that of conventional car parks, with similar or lower construction costs that could provide the developers with higher ROI together with environmentally responsible projects. 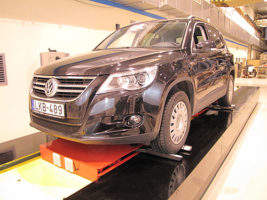 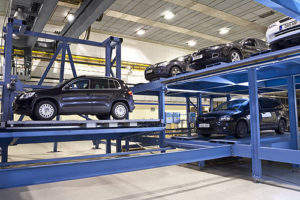 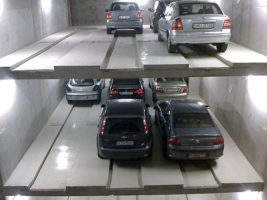 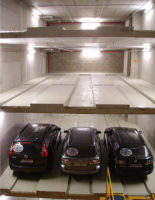 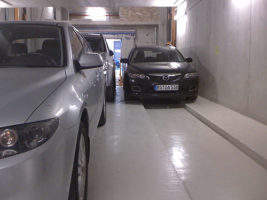