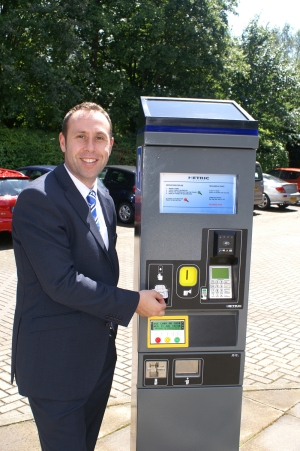 Swindon-based Metric Group has announced a further expansion of its sales team north of the border. Damian Devanney, 33, has been appointed to represent Metric’s interests in Scotland and Northern England.

His appointment follows Darren Butler, of Bolton, joining Metric to cover the Midlands and North.

Damian, whose home is in Hamilton, spent some time on project management in transport, overseeing the installation of ticket machines on buses in Scotland and Ireland.

He has worked for London Underground and spent time working and travelling abroad, including the United States, Australia and New Zealand.

He met his Norwegian wife Unn in Melbourne and they married last September. Since then they have been renovating their own property in Hamilton.

Damian graduated with a degree in mathematics from Paisley University – now the University of the West of Scotland – in 2001 and took a one year post graduate diploma in Information Management Systems at Glasgow Caledonian University.

He qualified as a quantity surveyor with a Masters Degree in Quantity Surveying at Herriot-Watt University in 2009.

Said Richard Boultbee, UK Sales and Marketing Manager for Metric Group Ltd: "We are really pleased to be strengthening our team during these very tough economic times.

"Damian brings a great set of skills to the organisation and will allow us to provide excellent support for our customers in Scotland and the north of England," added Richard.

Metric Group Ltd is the UK’s only manufacturer of pay and display parking machines.