Speed-regime violation is the most serious offence against road laws, as it leads to severe accidents and deaths. For the last 13 years, OLVIA has produced speed enforcement cameras, traffic control systems, and measurement and road-movement control devices that help prevent such violations.

The Vizier video-recording traffic radar is designed to measure the movement speed of vehicles, record the violations on video, display images on the monitor, and process, save and play them back.

Created for a desk, the Vizier video-recording traffic radar weighs less than 2kg. It is hand-held and works from the in-built battery for 2hr to 3hr.

The device can work both in stationary mode, and in movement (for example, in a patrol car).

The Vizier video-recording traffic radar is equipped with an LCD display on which the road situation is reflected. It can take photos and videos simultaneously with speed measurement. Recording speed can be varied between three, six and 12 shots per second. Each shot consists of information about the speed, date and time of the violation.

This device may be also used as a digital photo and video speed enforcement camera (for example, to take photos of the traffic accident). Photos taken by the Vizier video-recording traffic radar are stored in a non-volatile archive.

An advantage is that the device is not required to be precisely directed at the object – the perspective of the video-recording traffic radar includes all controllable parts of the road.

Our photo radar system is made in a waterproof environment with an IP65 protection level. The system consists of modern camera and radar with planar antenna, and works at both day and night, using IR lighting.

The photos consist of information about the date, time, speed, place of violation and speed limit, and may be transmitted to the control centre using the Internet. A license-plate number recognition program can be installed.

The photo radar system can also collect information in its own non-volatile memory.

The photo radar system is produced in three modes:

The microwave traffic detector is used for collecting statistics about traffic parameters and controlling the traffic. This device can detect and register both stationary and moving vehicles round-the-clock, according to the specified conditions of control.

The device is installed near the road (on the walls of the buildings or on the constructions standing) without traffic stoppage. The operation principle of the detector is based on non-contact probing of the roadway by means of a super-high frequency signal with linear frequency modulation.

The main function of the microwave traffic detector is traffic-intensity control. The device accumulates the statistics about total quantity of transport, traffic lane occupancy and average speed in each traffic lane. It can classify the vehicles by two types – long and short – and transmit the accumulative data to the external devices. 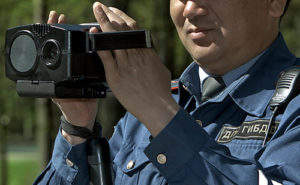 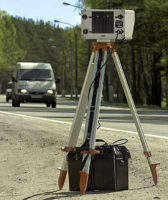 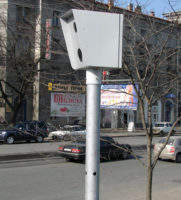 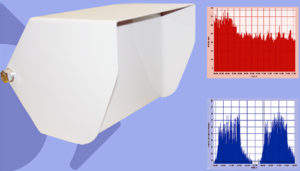 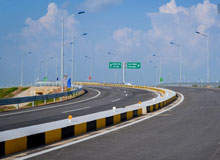 The Hanoi-Haiphong Expressway is the first and the most modern expressway in northern Vietnam, the easternmost country in South East Asia.