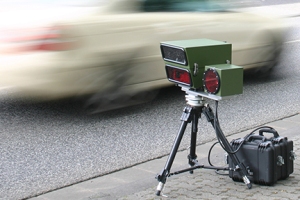 Belarus’ national road safety authority ‘Safe Roads of Belarus’ has entered into a contract with VITRONIC Nordic East from Potsdam on the provision of PoliScan laser-based speed enforcement units.

The decision to implement PoliScan was made after a test phase lasting several months. During the practical test, the Minsk authorities conducted an extensive comparison of the incident detection rate of devices made by ten international and regional manufacturers in demanding, high-volume traffic and at high speeds across multiple lanes.

Safe Roads of Belarus supervisory board chairman Dmitri Kurnosenko said: "We conducted tests under several road-related and meteorological conditions and recorded great results with the device. By determining the speed using a method involving a laser scanner, traffic offenders can be precisely identified."

The first order within the scope of the new agreement is for 60 PoliScan systems, 50 of which are stationary and ten mobile. The first batch has already been delivered to Belarus.

Improving road safety in Eastern Europe
VITRONIC Machine Vision Nordic East from Potsdam is servicing the markets in Northern and Eastern Europe. Since its establishment in 2013, the company has won several contracts for traffic monitoring systems from Eastern Europe, including from Estonia and the Czech Republic. It is now continuing its successful activities with the new contract from Belarus.

"In view of the ever-rising traffic volumes in major Eastern European cities with more than a million inhabitants such as Minsk, Warsaw and Kazan, the limitations of conventional radar and loop-based monitoring methods are quickly being reached," explained Michael Leyendecker, managing director of VITRONIC Machine Vision Nordic East.

"Non-invasive LIDAR technology with multi-target tracking is the only technology that can expediently enforce speed limits in such traffic situations."

The PoliScan systems use LIDAR (light detection and ranging) technology, which works with an invisible infrared laser. The readings obtained are more reliable and fairer on drivers than those from conventional radar systems, therefore helping to improve road safety to a greater extent. Furthermore, the maintenance costs for PoliScan systems are lower than those for conventional loop technology, for example.