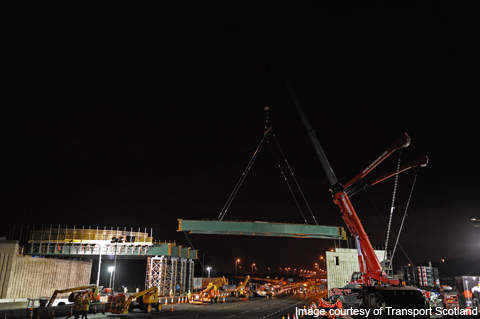 Upgrade works for the Haggs project were divided into three parts, which included the Stepps to Mollinsburn, Mollinsburn to Auchenkilns, and Auchenkilns to Haggs sections. 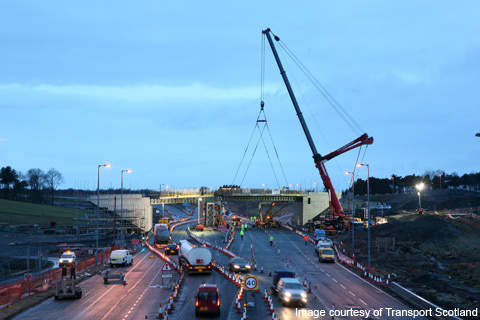 Work on the Haggs upgrade project commenced in January 2009 and was completed on 26 August 2011. 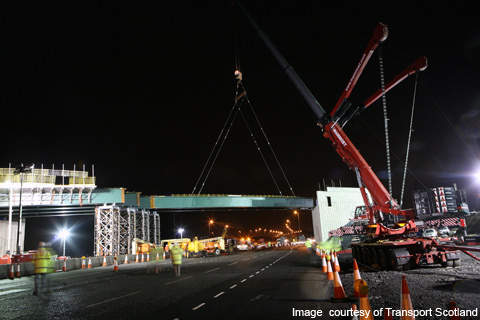 Highway Management Contractors (HMC), a consortium led by Bilfinger Berger, was awarded a 30-year contract to construct and maintain the Haggs Upgrade project. 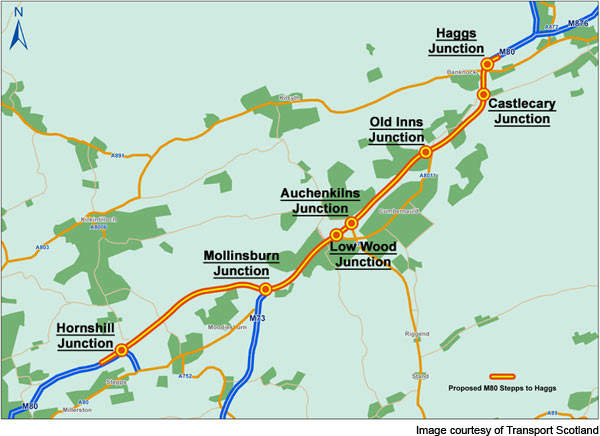 The route map of the M80 Stepps to Haggs Upgrade Project.

Transport Scotland, an entity set up by the Scottish Government, carried out a vital upgrade of the 18km section of M 80 Stepps to Haggs, which is located between Glasgow and Stirling. As part of the project, the road between Stepps and Haggs was upgraded to motorway standard.

The route of the project was from Haggs Junction to Hornshill Junction. The total cost of the upgrade was £320m ($495.96m). Work began in January 2009 and was completed on 26 August 2011. Around 500 jobs were generated by the project.

In October 2009, advance works on the greenfield portion of the Stepps to Mollinsburn segment were completed.

These works included utility diversions, removal of topsoil and environmental mitigation. Earthworks related to the construction of concrete structures in the section were also started.

The upgrade project achieved a major milestone in March 2010 following completion of the Mollinsburn Overbridge. More than 100m of steel beams weighing 270t were lowered on the sub-structure using a 1,200t mobile crane. Work on the Mollinsburn Interchange was also completed.

“About 500 jobs were created by the upgrade project.”

Earthworks were carried out and fences were put up to reduce noise. Extensive landscaping was also done as part of the project.

The project was the result of an initiative taken by the Scottish Government to improve the country’s transport network. The proposal to upgrade the A80 was conceived and approved in 2006.

The new project helps reduce travel time by 40% and during peak times travel time decreases by 15 minutes. Since the A80 is a heavily used road network in Scotland, the new project was essential to improve the transportation system. The upgrade also offers operational benefits by reducing the risk of accidents.

“North Road Bridge was being reconstructed as it does not provide sufficient headroom for vehicles.”

HMC has completed placement of the precast concrete beams for the underbridge. Construction on the M73 / M80 Link Overbridge was completed, which carries traffic from the M73.

North Road Bridge was reconstructed as it did not provide sufficient headroom for vehicles. Demolition and reconstruction of the Glenview Avenue Overbridge was carried out in two phases.