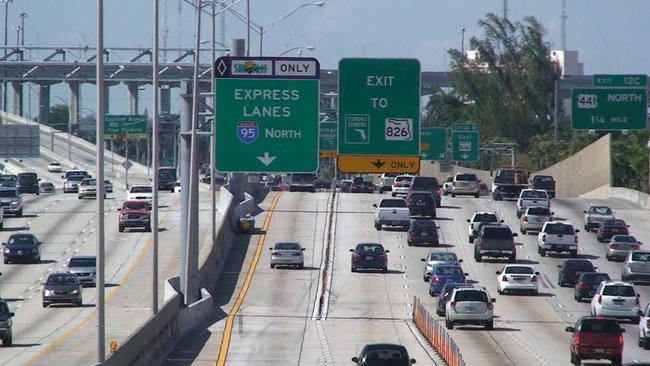 SICE has won an ITS contract to provide lighting, traffic lights and vertical signalling systems to the I-95 highway in Miami.

This project is the largest contract signed so far, by SICE, in the US, and the first one which the company will deliver the four packages: ITS, lighting, traffic lights and vertical signalisation together.

Through the agreement reached with Prince Contracting, a company acquired by Dragados in 2014, SICE will execute the implementation of the ITS systems, lighting, traffic lights and vertical signalisation in the I-95, phase 3A-2.

This segment consists of a 7.3-mile (12km) corridor from Commercial Boulevard to 10th Street SW Broward County.
Being part of Prince and WSP-Parsons Brinckerhoff (WSP-PB) team since the begining of the bidding, SICE played a key role in the proposal delivery phase, by providing its knowledge and experience in its different disciplines of expertise.

The I-95 is the longest north-south interstate on the East Coast of the US and one of the busiest of the US Interstate Highway Network. With a length of 1,927 miles (3.101km) runs along the east coast of the United States, from the Houlton-Woodstock Border Crossing with New Brunswick, Canada, to its southern end in Miami, Florida.

Florida’s Department of Transportation (FDOT) is intended to implement Express Lanes in the I-95 with the purpose of improving mobility, relieving congestion, providing additional travel options, enhance transit services and emergency evacuation facilitating future growth and development in the region.

The project represents a strategic step forward in SICE’s expansion, strengthening its position in the Florida State by gaining an important new client and securing its term growth in Miami, home of its headquarters in the East Coast.