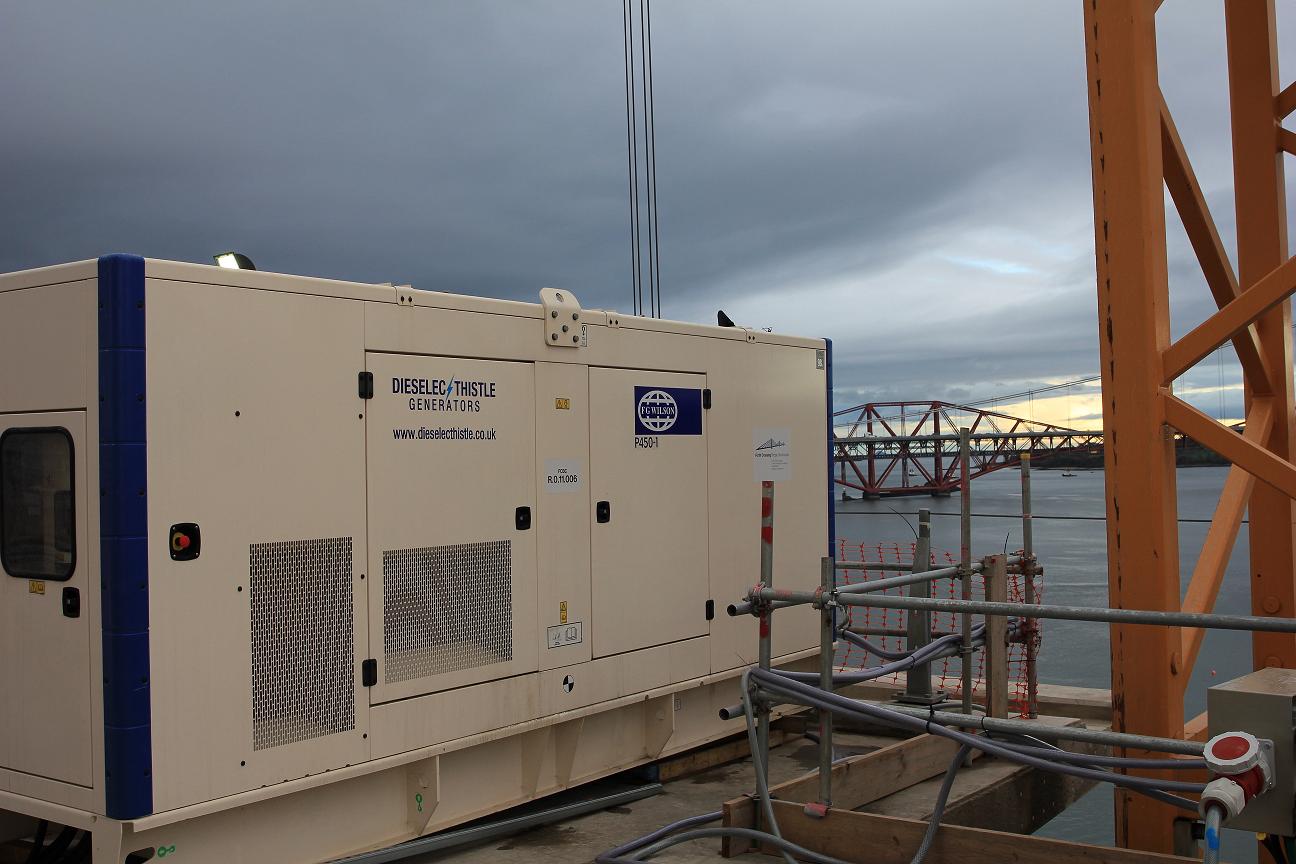 Forth Crossing Bridge Constructors (FCBC) is the joint venture responsible for the design and construction of the new bridge.

An FCBC spokesperson said: "Dieselec Thistle was chosen as a reliable, local supplier that could supply the correct specification of equipment, as well as the service, support and advice to go with it.

"Dieselec Thistle was chosen as a reliable, local supplier that could supply the correct specification of equipment."

"As well as a local depot and service team, DTG holds consignment stock for FCBC, and the team can be with us on site the same day if necessary, so this goes a long way to minimising downtime."

Claimed to be the longest three-tower, cable-stayed bridge in the world, the 1.7-mile Queensferry Crossing bridge features wind-shielding technology, which will almost completely remove the requirement for closures during periods of high winds in the Forth estuary. The three towers have completed more than 160m as the construction work is progressing well.

About 12 miles of roads linking to the bridge will be upgraded while around four miles of new or improved connecting roads will be developed.

Queenferry Crossing is considered to be one of the biggest transport infrastructure project in Scotland. According to Transport Scotland, the crossing is being completed within budget limits, between £1.35bn and £1.4bn.

About 1,200 workers are working on the the project, which is expected to complete by the end of this year, reports BBC.

During the last four years, DTG has delivered several 100kVA and 60kVA machines for general use across the site complex to FCBC consortium.