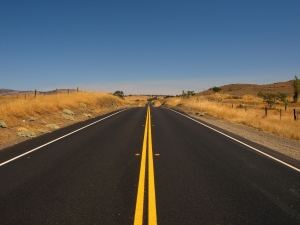 The California Transportation Commission has approved funds of $138m for 32 transportation infrastructure projects, including highways and bridges, a move which will strengthen the state’s economy.

About $25m has been allocated from Proposition 1B, a 2006 transportation bond approved by voters, with the remaining $113m financed from assorted transportation accounts funded by state and federal dollars.

Over $17bn in Proposition 1B funds have been allocated for several transportation works across the state.

California Department of Transportation (Caltrans) director Malcolm Dougherty said: "From one end of the state to the other, transportation projects are providing good, paying jobs while at the same time reducing traffic congestion for the people and businesses in California."

"From one end of the state to the other, transportation projects are providing good, paying jobs."

Among the projects that received new funds are about $3.7m road works in Monterey and Santa Barbara counties of San Luis Obispo district.

The state allocated more than $13.72m for transportation projects in South Lake Tahoe and Sierra County.

About $34.1m and $8.58m have been approved for several transportation projects in districts of Los Angeles and Stockton, respectively, while Irvine was allocated $20.4m funds.

The districts of San Diego, San Bernardino and Oakland were allocated $20.1m, $8.5m and $2.47m, respectively, for a variety of transportation improvement works.

In addition to highway and bridge improvements, these allocations include funds for passenger rail works.

Image: To date, California has allocated over $17bn in Proposition 1B funds for several transportation works across the state. Photo: courtesy of Petr Kovar.