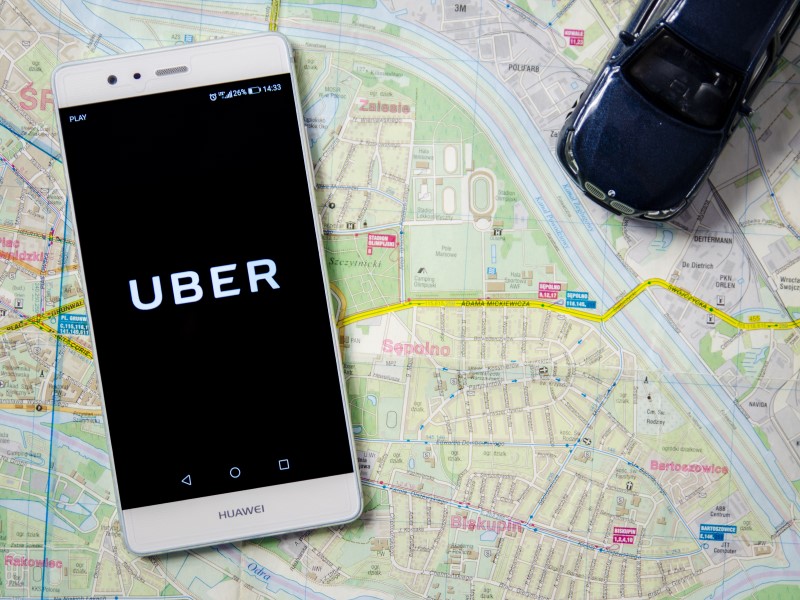 Uber is introducing innovations to improve airport-related services due to bookings to and from airports growing 203% YoY. Credit: Proxima Studio / Shutterstock.

China is cracking down on Chinese companies seeking foreign IPOs

Uber attributed much of its $2.4bn Q3 net loss to a write-down of its investment in Didi Chuxing, the largest ride-hailing operator in China. After Didi went public in July 2021, Chinese regulators opened an investigation into the company over cybersecurity concerns, accusing it of illegally collecting user data and posing a risk to national security. Didi has since been removed from Chinese app stores and cannot gain any new users.

For a business where market share is essential, Didi’s punishment is severe and likely serves as a warning to other large Chinese companies considering foreign IPOs. Uber’s investments in Zomato (a food delivery service in India), Joby (a venture-backed aerospace company) and Aurora (an autonomous vehicle developer) helped to offset the loss.

Q-commerce is the next generation of delivery service

Despite much of the world opening up again, food delivery services are still in high demand. Uber Eats recorded $12.8bn in gross bookings – more than Uber’s ride-hailing segment and an increase of 50% year over year (YoY).

GlobalData’s Consumer Survey for 2021 Q1 shows that a third (33%) of global consumers were either already ordering takeaways or deliveries from restaurants more frequently or were starting to do so. This is particularly high among Generation Z consumers (37%) and millennials (38%).

These both demonstrate the rise of quick commerce (q-commerce), which refers to the delivery of goods as soon as possible – typically within one hour of placing an order. Prolonged periods at home during the pandemic have shifted expectations on delivery, so companies are now competing to deliver goods as fast as they can.

The continued success of Uber Eats in a quarter where in-person restrictions on restaurants are at their lowest since the start of the pandemic supports the prediction that q-commerce, the next generation of e-commerce, is an exciting sector to watch.

Despite fears about winter lockdowns and soaring Covid-19 cases, Uber made $9.9bn worth of gross bookings through its ride-hailing service – 9% more than the previous quarter and up 67% YoY.

GlobalData’s social media analytics tool scores between zero and one, with a higher number indicating a more positive sentiment. For November thus far, ride-hailing has an average net sentiment score of 0.86, indicating an overwhelmingly positive feeling towards the service. Uber itself had an average net sentiment of 0.77 for Q3, also a highly positive response. With Lyft, too, reporting increased demand for Q3, it is clear that consumers are confident sharing spaces again.

Air travel will fully recover by 2024

With Uber bookings for trips to and from airports growing 35% quarter over quarter (QoQ) and 203% YoY, the company is introducing multiple innovations to improve airport-related services.

Uber noted that the rebound of airports appeared slower in Europe than the US, but its general success and desire to innovate in this sector are sure signs of things returning to normal. GlobalData’s traveller demands and flows forecast predicts that international departures from the UK will increase at a compound annual growth rate (CAGR) of 25.5% between 2021 and 2024, with full recovery being achieved by the end of this period.

Both Uber and Lyft reported a growing number of active mobility drivers in the US for their most recent quarter, resulting in an average wait time of less than five minutes for Uber’s customers.

With more gig economy workers comes added pressure upon regulators to protect them. Earlier this year, the UK Supreme Court ruled that Uber drivers were workers rather than independent contractors and were therefore entitled to a minimum wage and benefits such as pensions and paid holidays. A more recent ruling by the Court of Amsterdam similarly ruled that Uber drivers were not self-employed.

Workers and labour unions in the expanding gig economy will continue to demand more rights and protections. Uber should prepare for the higher operational costs that paying such benefits and meeting minimum wage standards will necessitate, as there are major concerns about whether its model can survive a big shift in such costs.