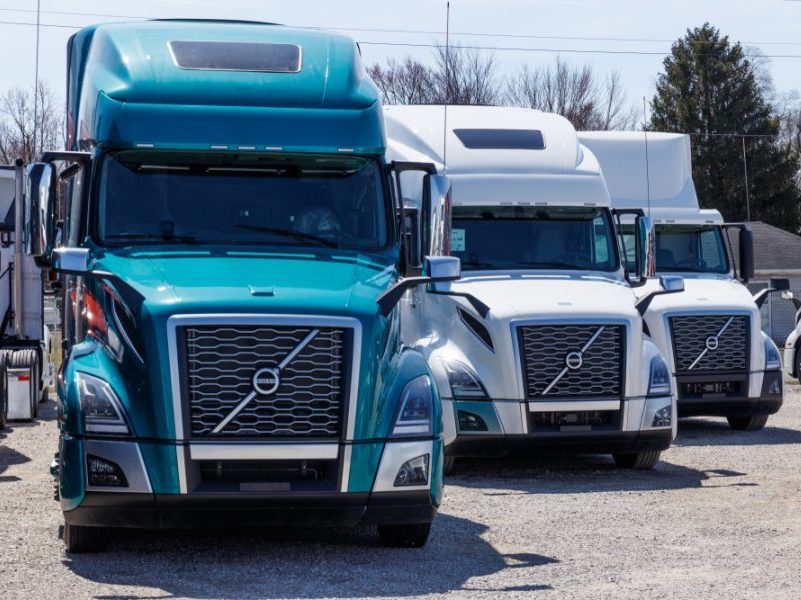 Volvo Group and Daimler Truck have announced a €1.2bn joint venture to create a new company focused on developing fuel cells for trucks. These vehicles, powered by hydrogen fuel-cell technology, are expected to hit the market in the second half of this decade.

Relevant investment from the two largest truck manufacturers, brings clean heavy-duty transport closer to reality. With both parties committed to increase investment until production is commercially viable, this partnership is a crucial push for fuel cell to gain industrial relevance.

Lithium-ion batteries have been difficult to implement in heavy-duty vehicles due to their limited range and long charging times. Hydrogen fuel cells, on the other hand, offer greater range and faster changing times whilst occupying smaller volumes.

Given that road freight is one of the most polluting economic activities, the successful transition to green energy will depend heavily on tackling emissions by heavy-duty vehicles. Therefore, the strict EU-wide emissions targets will be a competitive advantage for fuel cell, as European regulations require truck makers to reduce CO₂ footprint by 30% in a decade.

Nevertheless, the implementation of CO₂-based road toll system would be essential to incentivize the use of alt-fuel powered trucks by commercial customers. Otherwise, the transition to clean energy may be significantly slower than needed to meet climate targets.

Additionally, the easing of EU competition rules may also benefit the rollout of fuel cell technology as hydrogen-based energy it is still too expensive. Allowing major alliances among conglomerates would make wide production of fuel cells possible.

With major industrial groups such as Bosch, Toyota and Honda, already deep in the development of hydrogen-fueled technology; hydrogen is starting to be regarded as a viable alternative to fossil fuels in the transition to carbon neutrality.

This is not the first time that hydrogen has raised interest as a replacement for more contaminant forms of energy. Hydrogen-based fuels caused excitement in the stock market in the late 90s as carmakers started to invest heavily in this technology.

That interest dissipated due to the elevated cost of production and storage of hydrogen, which is still the main issue nowadays. The electrolysis process needed to isolate hydrogen electrolytes from water is extremely expensive to carry out. This process also requires a large amount of electricity, which can be highly contaminating if obtained from fossil fuels.

The implications that the development of this technology could have for the transition to clean energy are too significant to dismiss. Therefore, investment in fuel cell may not be a safe bet right now, but it could be a game changer in the near future.