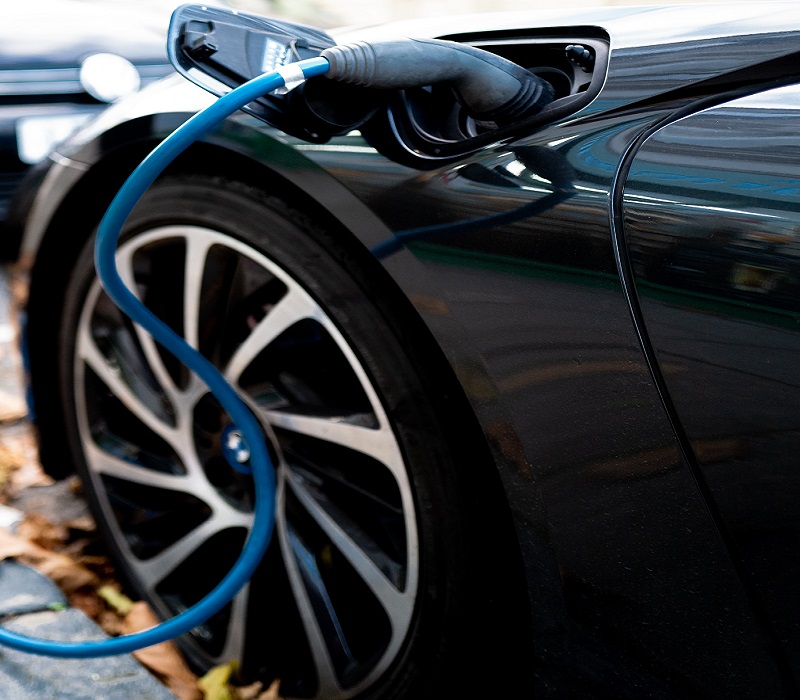 The EV charging solution will be deployed in the UK, Europe and the US. Credit: the blowup on Unsplash.

Demand for autonomous technology hasn’t completely vanished, but it may have diminished to a point where there are simply too many companies racing to commercialise it.

Listed below are the key macroeconomic trends impacting the automotive industry, as identified by GlobalData.

Automotive companies are likely to face severe financial stress as a result of the Covid-19 outbreak. Sales in 2020 was much lower than previous estimates and are likely to remain lower than usual into 2021. For instance, big automotive groups such as Toyota, General Motors and Fiat-Chrysler have been accessing large credit facilities to keep themselves afloat.

Users will also be more aware of the health risks associated with shared spaces so mobility service companies will have to take extra steps to ensure the cleanliness of their fleet. Some interior technology companies are currently investigating the potential to utilise ultraviolet light to sterilise cabin environments in between users.

As tech companies, including Google, Uber, Tesla and Apple, move into autos and legacy auto companies are forced to take defensive action, M&A activity and auto-tech deal making will be a central industry feature.

In addition, merger activity has accelerated among traditional automotive companies looking to reduce operating costs and share R&D expenses. The combination of peak motorisation in the western world combined with the pressure of investing in CASE megatrends has seen the already low-margin automotive industry’s profits tumble. To mitigate this, many large original equipment manufacturers (OEMs) have agreed sizeable mergers to share costs and technology.

The success of Uber has catapulted TaaS into the mainstream. The leading two TaaS companies are China’s Didi Chuxing (valued at $56bn at its latest funding round) and USA-based Uber (valued at nearly $70bn). Lyft, Ola and Grab are serious competitors. As TaaS services gain a footbold, legacy carmakers that see the sector as their next big market are beginning to explore the ways they can become players in this market.

Uber, for example, is buying 250,000 electric vehicles (EVs) from Geely’s Volvo subsidiary, while Waymo has agreed to buy 20,000 I-Pace EVs from Jaguar Land Rover. TaaS operators will be able to absorb the predicted high cost of autonomous vehicles through high vehicle uptime and revenues from monetised miles in the form of passenger infotainment services.

TaaS is probably the single-most significant driver of demand for autonomous vehicles. In fact, many TaaS companies such as Uber aren’t expected to be meaningfully profitable until they can deploy self-driving robotaxis.

Of the CASE megatrends, the most ubiquitous in current-generation vehicles is connectivity. It began with the ability to pair a phone with the car to answer calls on the go but, as time has moved on, more on-board functions are being affected by connectivity. Current vehicles can access mobile data networks though their users’ smart devices or via built-in SIM cards.

The connected car is becoming a fierce battleground for telcos, content creators, games developers and internet companies seeking to monetise the world’s passenger miles. A fight lies ahead for control of the vehicle cockpit, with Alphabet, Apple, Amazon, Alibaba and Tencent vying for pole position.

In terms of profit-pool share and IP, competitive advantage is shifting from the car makers to Tier-1 auto component suppliers, along with chip and software vendors. This is because car makers have outsourced much of their autonomous vehicle R&D to them. Tier-1 auto parts suppliers such as Continental, Bosch, ZF and Aptiv, and sensor and semiconductor suppliers are ‘hollowing out’ car makers and confining them to internal combustion engine (ICE) making, vehicle assembly, branding, marketing, sales and aftersales.

Over the next 20 years, the evolution of autonomous vehicle technology, combined with TaaS, will restructure the auto industry hierarchy.

Impact of automation on jobs

Conventional wisdom states that automation will destroy jobs. Companies including Daimler, Embark, Uber, Tesla and Waymo are working on building fully automated lorries for highways. Ride-hailing services are aiming to remove human drivers from their business model totally in the course of the next decade.

While some studies have suggested that, as automation expands, more jobs are created in other areas, it is hard to see how this broad stretch of driving jobs will be directly replaced.

One of the primary goals of the ‘Made in China 2025’ programme is to ensure the country becomes the dominant force in the global auto industry by 2025. The Chinese see the switch to EVs and level 4 and 5 self-driving as inflection points where they can outpace other markets with more spending on R&D and more opportunities to test the technology. Already, its huge domestic EV market – accounting for 47.9% of the global market in 2019 – massively outstrips any rivals, making it the dominant force in this growing sector.

China is home to Baidu, creator of the Apollo autonomous vehicle platform that has been adopted by OEMs including FAW, Toyota, Ford and Honda, and by suppliers such as Bosch, Continental, Valeo and ZF. Local car makers are rapidly gaining from technology transfer through joint ventures with foreign car makers such as GM, Daimler, and BMW.