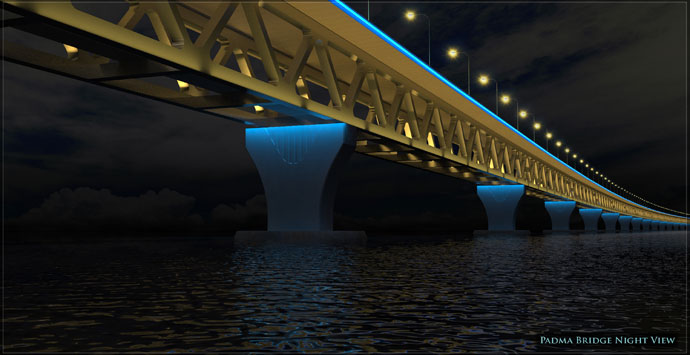 Malaysia is expected to sign a memorandum of understanding (MoU) with Bangladesh by the end of the month to provide MYR6.6bn ($2.1bn) in funding for the construction of the Padma Bridge, after the World Bank suspended their financing over alleged corruption.

Datuk Seri Samy Vellu, infrastructure special envoy to India and South Asia, was quoted by bernama.com saying that a consortium, comprising of Malaysian construction companies, will be created after the Bangladesh Government accepted technical and financial proposals on the project.

"We did a due diligence for the past one month and finally, with the consent of Prime Minister Datuk Seri Najib Tun Razak, we told the Bangladesh Government we are ready to build the bridge," he said. "This bridge will be a very important project for Malaysia as it will prove to the world that this country has the ability to do anything on earth, especially in the infrastructure segment."

The World Bank suspended their $1.2bn loan to Bangladesh in October 2011, following allegations of irregularities in the bidding process.

According to Samy Vellu, the Malaysian and Bangladeshi governments have no say in identifying and deciding on the financer.

Following the MoU, various construction firms and government-linked companies from Malaysia are expected to join in the consortium, while the work will be monitored by the Prime Minister’s department through the special envoy’s office.

The 6.15km bridge is planned to be built over Padma River at Mawa-Janjira point, to link south western Bangladesh with the central Dhaka region, connecting Louhajong, Munshiganj to Shariatpur and Madaripur, as well as linking the south west region to the rest of the country.

The two-level steel truss composite bridge will have a top deck to accommodate a four-lane highway and a lower deck for a future single-track railway. The project also includes 12km of approach roads, designed to transform the country’s isolated southern region.

Construction work on the bridge would start within this year, with compleltion scheduled for 2014.

Once finished completion, Padma Bridge will be the largest in Bangladesh, as well as the first fixed river crossing for road traffic.

Image: The 6.15km bridge is planned to be built over Padma River at Mawa-Janjira point to link south-western Bangladesh with the central Dhaka region. Photo: courtesy of Aecom.