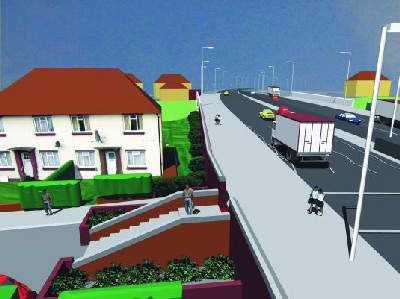 An artist’s schematic of one of the new bridges in place. 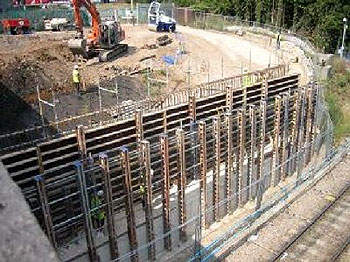 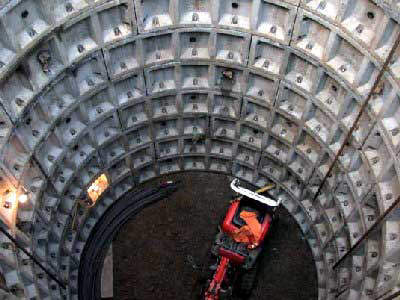 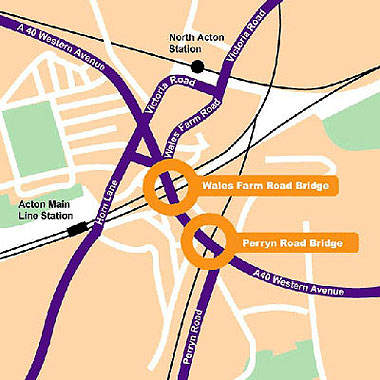 The position of the two bridges. 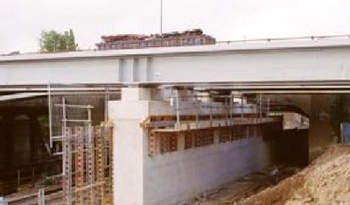 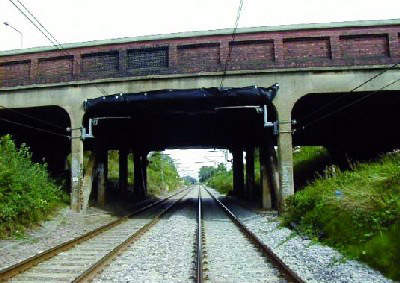 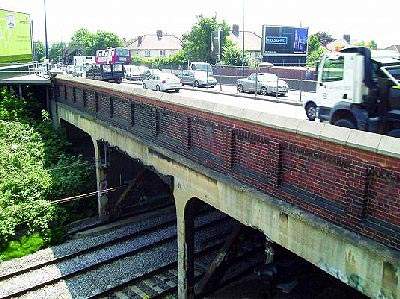 The Perryn Road bridge carrying the traffic load of a modern A40. 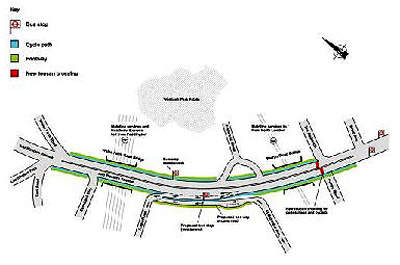 The A40 in Acton showing the ramps on and off and the two bridges. 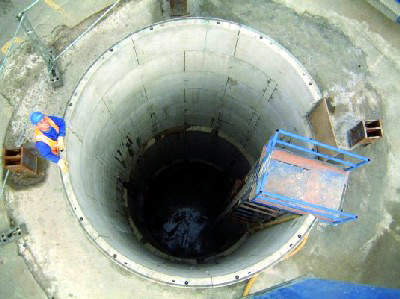 The services shaft for carrying water and other services was a major rerouting project. 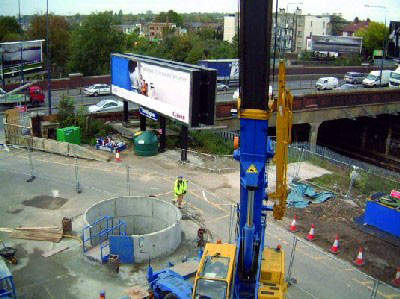 10 The bridge reconstruction and realignment site.

A major project by Transport for London (TfL) to replace the two A40 Western Avenue bridges over the busy railway lines at Wales Farm Road and Perryn Road in Acton, London, UK, is currently in final stages of completion. The bridges were built during the late 1920s and were not designed to cope with the growing volume of A40 traffic (100,000 vehicles a day as of 2007).

This complex construction was carried out in phases, to maintain normal traffic and rail operations throughout the project.

Work on site commenced in October 2005 and is currently in the final phase of construction. The new section of A40 will carry two lanes of traffic in each direction and provide new cycle paths on both sides.

“The new section of A40 will carry two lanes of traffic in each direction and provide new cycle paths on both sides.”

Additionally, the foundations for the new footbridge that will cross the A40 Western Avenue in Acton have been installed between the Approach road and Perryn Road. The central span constructed off-site, was lifted into position in May 2009. The New footbridge is expected to be fully operational by early August 2009 with ramp and stair access. The bridge has been designed by Hyder with architect Grimshaw and is being constructed by Carillion.

The new bridges will also ensure the safety of the railway tracks that handle all rail networks in and out of Paddington Station, including the Heathrow Express and First Great Western (800 trains, transporting 145,000 passengers daily).

As much work as possible is carried out during the daytime, but for safety reasons some work over the railway can only be carried out when trains are not operating.

A three-and-a-half-year construction programme is required because there are only a limited number of periods each night when train services do not operate. The works depend on a set sequence of operations being completed one after the other, with little opportunity for parallel working.

Structural assessments carried out in January 2001 identified two bridges on the A40 Western Avenue, London Borough of Ealing as substandard and in need of full replacement. These were:

As a result, TfL commissioned transport consultants Hyder Consulting Ltd in January 2003 to design and construct new bridges to replace the existing failing structures following a business case approval of a scheme, estimated at £45.8m.

The latest stage of the project, following the completion of the foundations, piers and abutments that support the bridge deck, involved the installation of steel beams, weighing approximately 30 tons and measuring up to 40m long. These were fitted in pairs during off peak hours and over a series of weekends.

“The steel beams installation will be followed by the construction of the new bridge deck.”

Preparatory works for construction of the one-way access road are continuing. This is the road that will run between St Dunstan’s Avenue and Friary Road, to provide access to nearby properties.

To build the new bridges 970 tons of steel girders will be used along with 6,870m³ of concrete. Extensive advance works, including the first stages of diverting gas, electricity, water and telecoms services were successfully completed during 2005.

Modifications to the overhead electrification and service cables for the railway were completed in 2006 to allow the main bridge works to progress.

Works to move traffic from existing lanes onto new routes through the site commenced in 2007, after key sections of the new bridges and service diversions was complete.

The existing footbridge at Perryn Road was in poor structural condition and did not provide access for people with limited mobility or for cyclists without having to dismount. It will be replaced with a new toucan crossing for pedestrians and cyclists, with disabled access.

New bridges will secure the structural safety for the next 120 years. In addition, Wales Farm Road Bridge is designed to enable future rail network expansion and improvements to meet European route requirements.

No accidents have been reported in the 780,000 hours of work in the project.