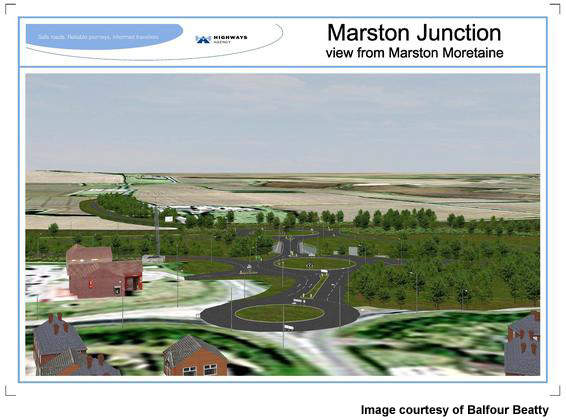 The road is largely single carriageway, with a short length of dual carriageway at Marston Moretaine. 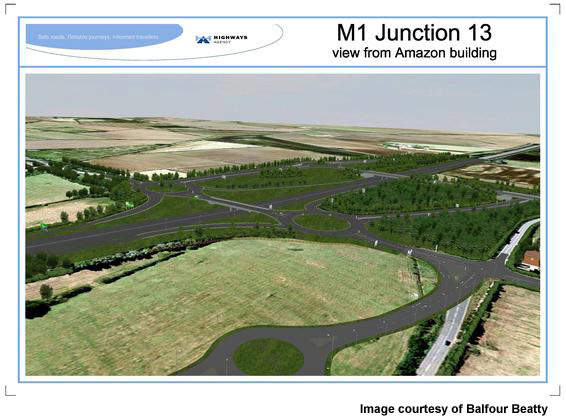 The project involves the construction of two new grade-separated interchanges and works on the M1 Junction 13. 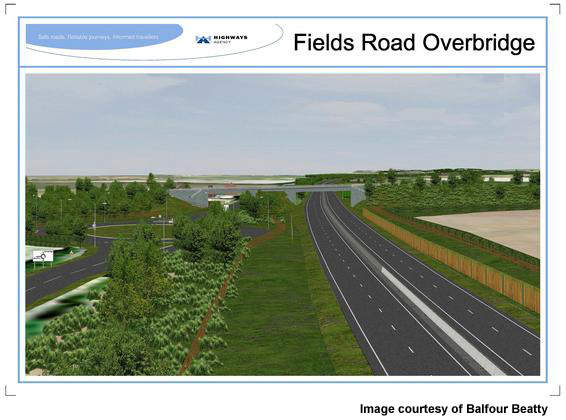 Construction has already started on the Salford and Fields Road bridges. 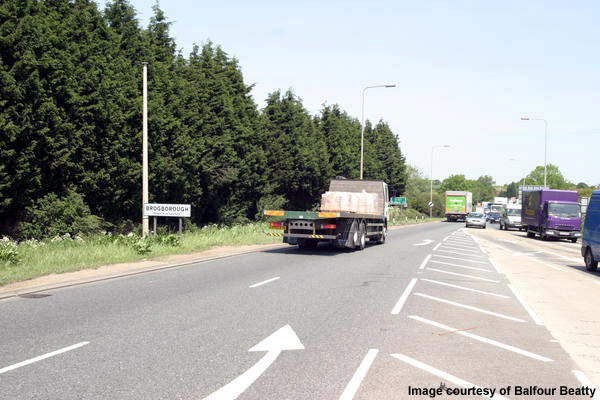 The scheme will be composed of 13km of new dual two and three-lane carriageways. 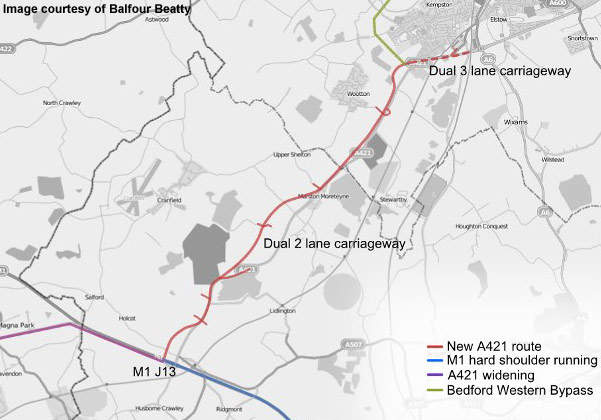 The A421 has used tyre bails in some areas to build a lightweight embankment on soft ground.

The A421 is an important highway connecting the M1 at Junction 13 to the A1 at the Black Cat roundabout, and is a major link between Oxford, Milton Keynes, Bedford and Cambridge.

The road, which is largely single carriageway, with a short length of dual carriageway at Marston Moretaine, carries 25,000 to 30,000 vehicles a day and suffers from considerable congestion at Junction 13 during peak travel times.

"The circulatory carriageway at Marsh Leys was already constructed."

The existing road also had considerable inbuilt safety problems because of the large number of side-roads, private properties and businesses with direct access to it.

The intention behind the overall improvement of the road was to provide a new fast dual carriageway route (two to three lanes in each direction) to link the 13km from the Black Cat roundabout (junction with the A1) via the A6 at Kempston to Junction 13 of the M1.

The project involved the construction of two new grade-separated interchanges, major works on the M1 Junction 13, a number of side road crossings and widening of the bridge over the Bedford to Bletchley railway.

Contractors and companies involved in the highway project

The project was undertaken by the UK Highways Agency, which awarded the project to Balfour Beatty under an early contract involvement scheme in November 2005. The budget range for the project is estimated between £201 and 231m.

In the same month Scott Wilson was appointed designer for the scheme and provided advice on engineering design, statutory procedures and environmental matters. The draft orders and environmental statement for the project were published in March 2007.

A public inquiry was held between December 2007 and February 2008. Orders giving the go-ahead were published in July 2008 and construction began in October 2008 (major works began in early 2009). The project was completed in December 2010. Minor works are still being carried out on the original A421 which are expected to be completed by the end of 2011. These works include the removal of the compound in Hoo Lane.

The scheme is composed of 13km (8 miles) of new dual two and three-lane carriageways between Junction 13 on the M1 and the south side of Bedford (the Bedford Southern Bypass).

The majority of the new road is dual two-lane, constructed to the side of the existing A421, except for the 1.2km section from Marsh Leys to the A6, which is dual three-lane and on the original alignment. The two new level junctions were built at Marston Moretaine and Marsh Leys.

The circulatory carriageway at Marsh Leys was already constructed as part of the Bedford Western Bypass scheme. Junction 13 of the M1 was redesigned to have a new bridge carrying the new A421 across it, while the existing bridge to the south-east is used for local traffic movements and connection to the new Ridgmont Bypass.

On the A6, the road between the A421/A6 junction and Elstow Road was upgraded ostensibly for traffic using the Interchange Retail Park (agreed with Bedfordshire County Council), which included remodelling and signal installation at three roundabout junctions at Progress Park (park and ride), Cowbridge and Elstow Road.

This project also involved tree and shrub planting (about 250,000 new trees sourced from Marston Forest) and extensive landscaping. Drainage from the new road surfaces occurs via new balancing ponds before the water is discharged into existing watercourses.

Construction and improvements on the A421

In recent years, because of serious restrictions on landfill, new materials are being used for fill materials during engineering and construction projects. Tyres are a major disposal problem now they can no longer be sent to landfill (they were banned in 2003).

"The intention behind the overall improvement of the road was to provide a new fast dual carriageway route."

Tyre bails are now being used in construction projects for slope stabilisation, as waterway control barriers and even as artificial reefs. The A421 has used tyre bails in some areas to build a lightweight embankment on soft ground next to Brogborough Lake to allow the A421 re-alignment.

An estimated 4,500 tyre bales were needed for the embankment, equating to about 500,000 tyres. A 14m-deep cutting was also constructed at Brogborough, although the spoil could not be transported to landfill. Instead the material was used to form alignments of the southbound off-slip from the M1 and the new Salford Road.